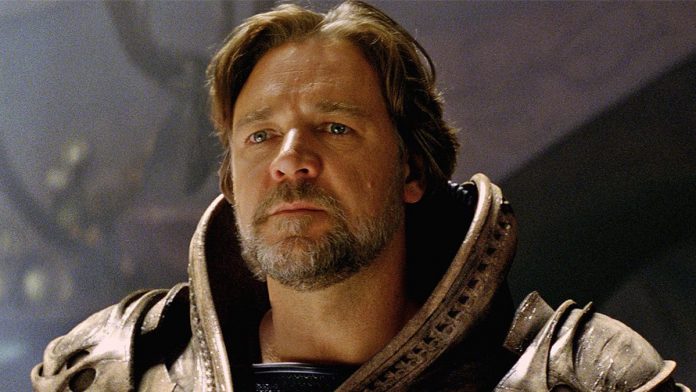 After weeks of speculation following the announcement that Russell Crowe was joining the cast of Thor: Love and Thunder, now we know that the actor will play Zeus in the new film.

The news comes through Comicbook.com, which has reported that Crowie has said that he will be Zeus in the film during an interview at the JOY Breakfast with The Murphys. We previously told you that Russell Crowe would have a “funny cameo” in the movie, but it was kept a secret from Marvel until the movie hit theaters. Crower has been seen with the rest of the cast in Australia, however, the secret has come to light. Now we know what he was doing on set.

“I’m going to get on my bike ” Crowe said in the interview of the program. “I’m going to pedal to Disney Fox Studios, and around 9:15, I’ll be Zeus.”

The actor said that was at Disney Fox Studios for Thor, referring to Thor: Love and Thunder (We understand), and that it was his last day in the studio playing the Greek god.

Crowe is one of the celebrities who played a stark role in Thor: Ragnarok. Along with him we got to see Matt Damon, Sam Neil, and Luke Hemsworth as the stage versions of Loki, Odin, and Thor, respectively. Melissa McCarthy joins them on stage with a version of the Hela from Ragnarok as well.

As for whether or not Crowe’s Zeus will be a dramatized version of the true MCU character, that remains to be seen. Zeus and Thor have had “ruckus” already in Marvel comics, so we may see a confrontation between the two.