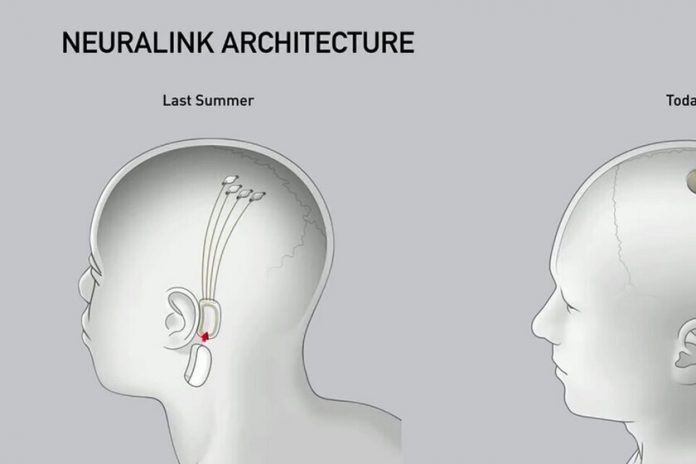 Neuralink Corporation is a neurotechnology company specializing in the development of implantable brain-computer interfaces, also known as Brain-Machine Interfaces or BMI, founded by Elon Musk.

In the following video we can see how it is used by a macaque to play to the classic video game Pong, a video game of the first generation of video consoles published by Atari, created by Nolan Bushnell and released on November 29, 1972.

A macaque monkey, named Pager, moving a cursor on a neurally active computer screen using a fully implanted 1,024 electrode neural recording and data transmission device, called N1 Link, is what we can see in the following video:

The researchers implanted the Link in the hand and arm areas of the motor cortex, a part of the brain that is involved in planning and executing movements.