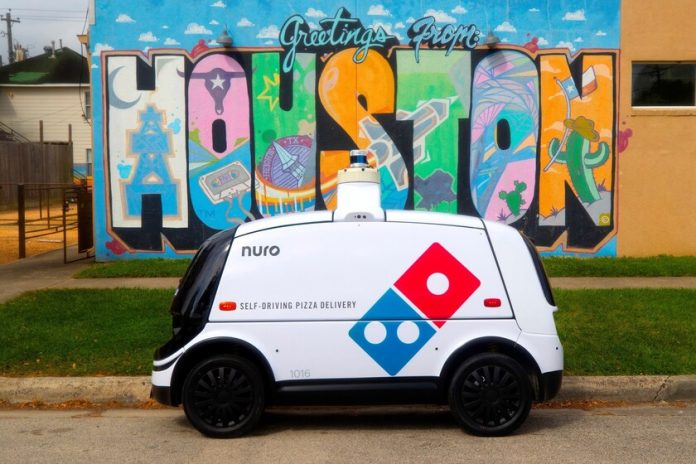 It was 2013 when Domino’s Pizza, the well-known American pizza chain, began to test in the United Kingdom to deliver pizzas with drones. Now the company has taken a step further in Houston (United States), where from now on it will be possible to a fully autonomous car, christened R2, delivered the pizza to our doorstep.

It is an autonomous vehicle developed by Nuro and customized with the theme of Domino’s Pizza. It is the first fully autonomous highway delivery vehicle to have received regulatory approval from the United States Department of Transportation and, for the time being, will operate at Domino’s in Woodland Heights (Houston).

Your pizza, thank you

The operation of the system is relatively simple. Customers who live in Woodland Heights and place an order will be able to choose to have R2 deliver the pizza. In doing so, the platform will give you a PIN that they will be able to use to locate the location of the “car” from the web. This PIN will also have to be entered in the car once it reaches the location so that the user can pick up the pizzas.

The car has a number of 360-degree cameras, LiDAR sensors, long- and short-range radars and ultrasonic sensors. By combining the data obtained by them, the device is able to map its surroundings and move. In addition, Nuro has implemented a series of mapping, location, perception and prediction technologies to eliminate blind spots. 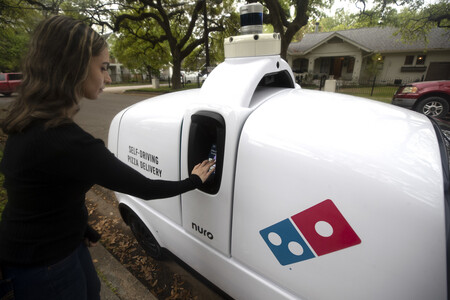 R2 is not intended to carry passengers, so it is designed to always prioritize the safety of pedestrians, cyclists and other pedestrians. Moreover, the car travels on the road, like cars or trucks, but never on the sidewalk or on the bike lanes.

The Nuro R2 reaches a top speed of 25 miles per hour, about 40 kilometers per hour, and it has a 31 kWh battery (yes, it’s completely electric). It weighs 1,150 kilos and supports up to 190 kilos of cargo, more than enough to carry pizzas, Mexican food, medicines or the purchase, since Nuro also works with Chipotle, CVS and Walmart.

READ:  13 sci-fi movies available on Netflix that deserve to be recovered