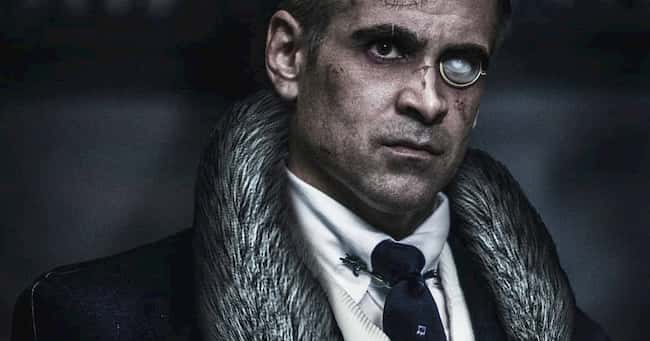 First look at Collin Farrell as Oswald Cobblepot, who fans may know as “The Penguin”.

Well, the past weekend was amazing for all the fans and followers of the DC FanDome. Not only fans were more than excited to get some major updates about the thrilling movie “The Batman” but also they get to see the first trailer that did premiere last weekend. Yes, the upcoming movie “The Batman” has the directors who did wrap the things before premiering the first trailer.

Even though the Caped Crusader’s movie was not up for shooting more than 25% of its footage, it was a lot to take in. It is sure that almost all the fans and followers were totally happy to watch Robert Pattinson behind the Bat mask. Also, the thing that is causing heat all over the gossips and media is the new look of Collin Farrell AKA The Penguin. Or, at least, that is what we are sure that all the viewers may have been thinking after watching the trailer online.

It is indeed true that die-hard fans of DC FanDome will not be able to recognize the person who is playing the character of The Penguin. If we consider how unrecognizable the new look of The Penguin is, any person can mistakenly think of the person behind the mask is Collin Farrell. There is no sign or proof that can prove that the actor playing the character role of The Penguin is undoubtedly Colling Farrell. Some fans are still wondering if Collin is the one to play this role or it is someone else to be seen on screen.

However, there is final and official confirmation for the person who did bring back the Bullseye to life in an amazing series “Daredevil”. He is a prosthetic makeup designer who did work on “The Batman” movie. He did not forget to include #collinfarrell in his Instagram post in which he did share some screenshots of Collin in The Penguin suit.

In “The Batman” movie trailer, there are many fans who still have doubts about Collin Farrell playing the role of The Penguin character. Looking through some social media posts of Mike Marino and the new look, it will not get more concrete. It is indeed the fact that Collin Farrell is the one who is going to entertain all the fans in the upcoming movie. The only reason most viewers were not able to recognize Collin Farrell as The Penguin in the new look is because of the amazing makeup work.

We can expect the production of the upcoming movie to begin again in September. The production was come to a halt due to the coronavirus pandemic that shook the entire world. Fans can hope for the movie “The Batman” to premiere in late 2021 or early 2022.