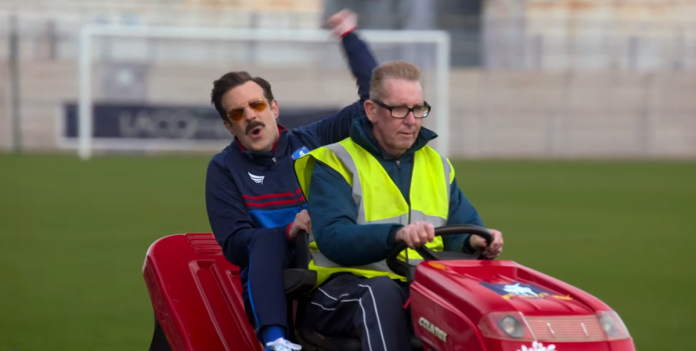 After a few months of waiting, the second season from Ted Lasso already has a release date: it will be July 23rd.

The CEO of Apple, Tim Cook, announced the news during the event a few hours ago. It is a very popular comedy on Apple TV +, one of the best known on the platform, and follows the adventures of coach Ted Lasso (Jason Sudeikis) who wants to lead a Premier League team to success. The series has garnered a number of award nominations, including Outstanding Cast from the Screen Actors Guild. Sudeikis won the Golden Globe for Best Actor in a Television Series, Musical or Comedy last February.

In addition to the ad, Apple has also released a trailer for this second season, destined to enchant his followers. Fans will be happy to see Ted back on the pitch with his team of weirdos, including Roy Kent, Dani Rojas, Keely Jones and their boss, Rebecca. The trailer also shows what Ted Lasso fans love: optimism, a good heart and future classic forwards. You can see the trailer below:

Catch up on Season 1, exclusively on Apple TV+ https://t.co/i2YaFnPLjZ pic.twitter.com/7KN3TMipJ9

The Apple TV + service is not the most famous in these parts but it is true that they offer a well-formed catalog and with a lot of impacts, especially in the US and England.