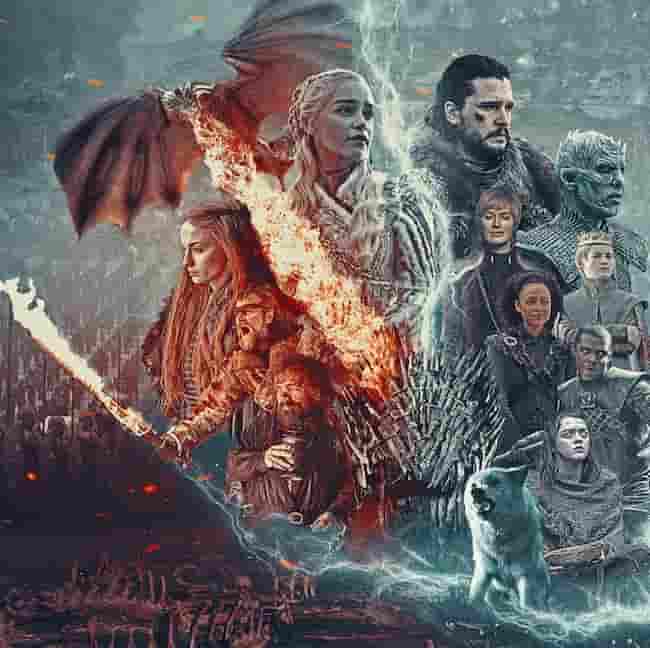 There’s a misconception that television is dying.

The old notion of TV, with timed shows going out each week, has evolved. No longer do you tune in at 8pm to see you favorite show; instead you can watch what you want, when you want. Have you missed eight episodes of the latest blockbuster series? No problem, just set your Sunday aside, draw the drapes and get caught up.

Nowadays, it’s all about Netflix and other streaming services. There is more choice than ever before, and a series can become more successful by virtue of the flexible viewing opportunities. Imagine, in the nineties, if you missed the first episode of a big show, would you be able to catch up? You might tape it, or you might simply decide not to bother. However, if something starts to become popular now, you can hop onboard the hype train at any point, as long as you avoid spoilers. The pandemic might have disrupted the flow of good streamed shows, but it hasn’t halted it, and there’s plenty to see as we entered late 2021. If you have missed the start of Squid Game, ranked by Collider as the hottest show on Netflix right now, then fear not; you can pick it up any time you want. It is the latest big thing to hit our screens, but what have been the most-watched TV shows of all-time, according to the website IMDb? These are the three that are essential viewing, if you’ve missed them the first time around.

Sometimes, a show becomes more than simply something you watch on television; it becomes a cultural institution. What signals that shift from screen to pop culture? Maybe when it spawns a bespoke edition of Monopoly? Perhaps. Game of Thrones has appeared in digital media of all types, such as PlayStation title Game of Thrones: A Telltale Series. You can find a Game of Thrones-themed game in the online slot selection on Coral, called Game of Thrones Power Stacks, which draws from the show’s imagery. There’s even a PS5 game planned, as well as a small screen spin-off, House of Dragons. Game of Thrones is a juggernaut, and if you don’t know what it is all about by now, you should definitely get streaming all eight seasons. Or, maybe just seven and make up your own ending after that!

Stranger Things doesn’t need Monopoly, or online slots, or a spin-off, it is one of those rare shows that stands alone on its own grace. Quite how you could turn this quirky show into a video game is unclear, but it is still the second-highest viewed show of all time according to the site. How to label it is a challenge too; is it a horror, is it supernatural, or is it science fiction? It’s set in the early eighties and stars Winona Ryder, amongst others. It’s into the fourth season now and has a string of awards to back up its strong viewership.

For eleven years now, zombie-thriller The Walking Dead has kept drawing viewers in, and like Game of Thrones, it is well represented in digital media. Of course, zombie games are hugely popular anyway, and not only does it have a direct episodic game series released on consoles, by the same developer as Game of Thrones, but it has spawned interest in the wider genre. Dying Light, Days Gone and even The Last of Us all have elements that can be tracked to the Walking Dead, which has now entered its eleventh season. It’s a show that has staggered televisual norms, such as a single broadcast time on AMC in 2010, to the currently accepted streaming services, and it shows no sign of slowing down as it moves into its climatic final episode of season eleven this fall.