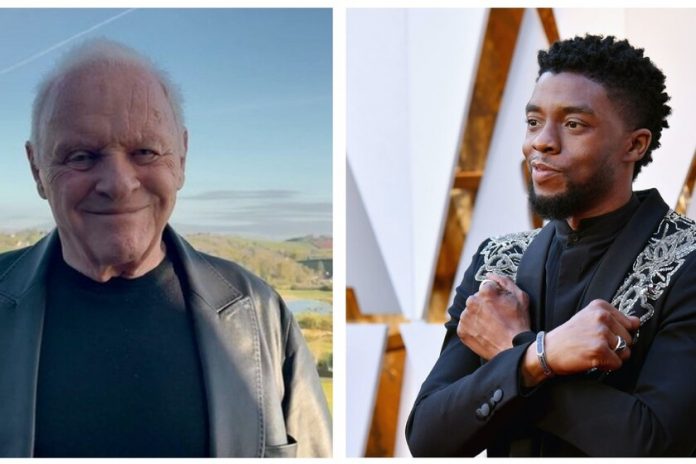 One of the moments for which we will remember the 93rd edition of the Oscars was that abrupt end after the best actor award. The bets gave as the winner to Chadwick Boseman, and it seemed that the Academy wanted to end the night with a tribute to the late protagonist of ‘The mother of blues’, however, the Oscar went to Anthony Hopkins for his work on ‘The Father’.

An unexpected victory that otherwise would have been received normally (with an acclaimed performance recently won by the BAFTA), became the cause of a strong controversy on the Internet and the media.

Such has been the outrage of those who expected Boseman’s victory that the actor’s family had to publicly intervene to offer a statement about what happened at the gala. As expected, they reject that it was a contempt and wish all the best to Hopkins.

“I’m sure that [Anthony] I would have done the same, “he said Derrick Boseman, the star’s brother, who has served as a spokesperson for the family. He has reminded the outraged that all nominees were “excellent and award-winning” and points out that Chadwick gave fair value to the Oscars: “he always described them to me as a campaign.” Although he would have considered it “an achievement”, he clarifies that it was never “an obsession” for the actor.

“It was worth it because everyone was talking about it”

On the other hand, details about the strange end of the Oscars have been clarified. Anthony Hopkins was not allowed to attend the gala via Zoom (from his home in Wales) and it is rumored that Olivia Colman, his co-star in ‘The Father’, was to receive the Oscar in his name. The truth is that Joaquin Phoenix read the content of the last envelope and dismissed the event, leaving the public stunned. One of those responsible for the ceremony has responded to criticism.

Is about Rob Mills, executive of Walt Disney Television (owner of ABC, which broadcasts the ceremony), who explained that the awards ceremony “should not end with someone who was not present.” Well man, if one of the nominees was not … This is how it justifies the decision to change the order and save the best actor Oscar for last:

“I think some people thought they might have missed some awards. ‘Why the best movie before?’, ‘What’s going on? This is crazy?’, ‘How could this happen? The best! movie has to close it! ” Some people were mad, some people loved it, and that was really the goal, that there was no apathy.”