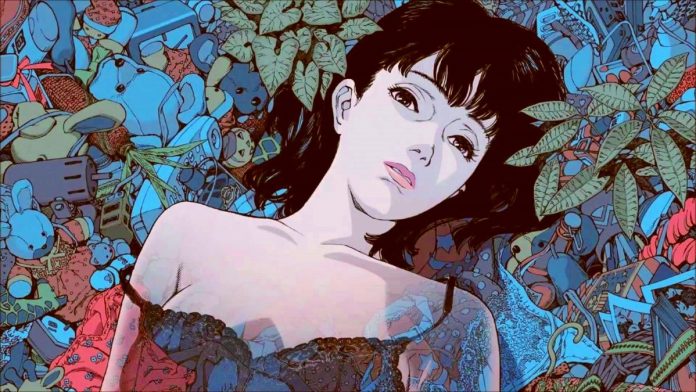 Japanese animation cinema was a great unknown for many years. But today, both the rise of television on demand services and the growing consumption of Japanese fiction in the western market, have positioned this product in a more friendly place for recommendation. Something to celebrate Now it seems much easier to recommend according to which works to an audience with whom perhaps, a few years ago, we would not have dared (The thing about my in-laws watching Ghibli is to study it). Another consequence of this drift is that as a group we begin to better understand what animation is. That of “the drawings” was giving way to more precise terms and today our perception begins to get closer to reality, to contemplate animation as a way in which an infinite number of genres have a place, something that by definition makes it impossible to be classified as such. It should never be called that, kittens die when we do it.

Taking all this into account, and knowing that there is a lot of cinema to be consumed and many past works that have been losing popularity over the years, we want to take advantage of give a review of the most important anime movies that we can find right now on Netflix. Now, I think that this list should not be taken as a top, first because it is not; but it is also Some of the best-known films on the scene have been ignored, such as Spirited Away, Princess Mononoke, Porco Rosso or Howl’s Moving Castle. All of them (and some more) classic and essential films, but which under the Studio Ghibli seal have achieved such fame, that it is more useful to reserve their space for other films that, perhaps today, are not so popular. So with that said, We are going with 10 films with which we hope someone will discover at least a couple of interesting stories to add to their viewing list. We begin.

We open with a tape capable of softening petrified hearts and moving its owners. A fairly recent film that delves into the consequences social problems derived from hearing and language problems, doing it, in addition, in an incredibly successful way. History haunts Shôko Nishimiya, an elementary school student who has just arrived at a new school. Adding to the usual problems of adaptation to these changes is the fact that our protagonist is deaf. From its arrival, the feature film tells us a story that focuses on the empathic incapacity of the human being, on the ability to train this aptitude and on the impact that abuse has on both the victim and the aggressor. An agile and light drama, that enters alone and knows how to be funny, making us smile while playing with filling our eyes with tears.

READ:  Arifureta: The second season of From Commonplace to World's Strongest will be released in January

Makoto is a typical student from a classic Japanese high school. His two best friends, Chiaki and Kosuke, are not far from the norm either. The three of them are a nice, healthy little group that is nothing special until Makoto receive the gift of going back in time. At that moment a fantastic film takes off, with great visual delicacy, a great montage and a balanced rhythm that flirts with the contemplative without ever being slow. Satoko Okudera’s script and Hosoda’s hand earned him the Award for Best Animated Film at the 2006 Sitges Film Festival. One of those stories that little by little is catching you and when you want to realize it has grabbed you by the chest in such a way that it is impossible to get rid of its charm. Tender and fast-paced. .

As we have already said, we are not going to dwell too much on Ghibli, but we will make a couple of stops to take a look at some works that we think are essential and that do not enjoy the fame and recognition of the most awarded works of the production company. The first is this story signed by Miyazaki in the late eighties, a film that is something like a love letter to dignity through work, an issue present in all the author’s stories, which on this occasion becomes the central core of the plot. The plot tracks down young Nicky, a 13-year-old witch that to complete their learning, as tradition dictates, must leave home to learn to fend for herself for a year. A manners and honest film that flees from the epic to take refuge in the important things of the day to day. But he does it with rhythm and with a great capacity to reduce the scale and generate tension through labor problems. Humor and a lot of material to reflect on in a film that tells us about the importance of effort, responsibility, honesty and, ultimately, self-sufficiency as a path to personal well-being. Essential to see as a family.

And we abandon everyday life and magical realism to enter the peculiar form it has Berserk to reinterpret the medieval fantasy. A trilogy of films that cover the arc of the manga called the Golden Age. It tells us about the adventures of Guts, a fierce mercenary who stands out above the rest thanks to his strength and skill with a sword. So much so that he draws the attention of Griffith, the leader of the Falcons gang, a group of fighters who are undefeated on the battlefield. After joining the ranks of Griffith, we will see how the characters use the delicate geopolitical situation to rise in society by making greater sacrifices the higher they rise. Some ribbons with an impeccable level of production, spectacular action sequences and all the rawness and brutality that you would expect from the legendary saga. Not suitable for delicate minds.

READ:  Cyberpunk 2077: the name of the items downloadable from the Epic Games Store are not DLC

We continue with An absolute classic of Japanese animation and the cyberpunk genre. Mamoru Oshii was presented in the mid-nineties with an exquisite film that contributed to certain constructs that were established for years in anime. An exercise that does not flee from the complex narrative, the contemplative rhythm, the convoluted plot and deep moral dilemmas. A story about transhumanism and evolution that brings to the table deep philosophical questions while drawing us a dystopia that draws directly from classics like “Blade Runner”. The music composed by Kenji Kawai, who abuses synthesizers as much as Vangelis himself, is the icing on a cake that needs to be savored several times to finish getting the point. Essential for lovers of the genre.

And we go from one classic to another even greater, since Akira is synonymous with the emergence of Japanese animation cinema in the West. A generational film, which laid the foundations for a very particular way of understanding cinema and which is synonymous with what is understood as a cult film. One of the greatest references of cyberpunk, based on the manga by the same director, Akira places us in the futuristic Neo-Tokyo that Katsuhiro Otomo’s mind projected in the late eighties. The story centers on Kaneda, the young leader of a gang of bikers who are dedicated to looting and having fun in their own way. Tetsuo, the protagonist’s best friend, suffers an accident and ends up involved in a dangerous experiment with catastrophic consequences for the mega-metropolis. Science fiction, psychic powers, the most charismatic motorcycles ever given by animation and a plot as complex as it is well woven. A mandatory work.

The other great name of Studio Ghibli, which seems to remain hidden from the general public behind the figure of the incontestable Hayao Miyazaki, but who has signed such well-known films as “The Tomb of the Fireflies”. I speak of Isao Takahata, who for many is their favorite studio director (I include myself). Takahata surprised friends and strangers in 2013 with this tape based on the Japanese folk tale known as “The Bamboo Cutter”. After a very long production (8 years), the film failed to raise what the producer expected. Numbers aside, we are faced with an exquisite animation exercise. His particular style, with a simple and free line, perfects what was seen in “My neighbors the Yaamda”, giving the film a beautiful and charismatic aesthetic, which is far from the usual canons. An existentialist parable that tells us about life and the importance of living it without submitting to social pressures, narrated through feudal Japan and the archetypes of social classes of the time. Different.

READ:  'La Casa De Papel 3': How is Character "Nairobi" according to Alba Flores?

We continue with Isao Takahata and this time we go to 94 to delve into its sensational Pompoko, a tape that Tackles Japan’s wild real estate development head on through a lovable raccoon society. The lush forests in which these beings live are about to be razed to build a large urbanization that will completely change the orography of the environment. With this script, as he did on other occasions, Isao He deals with adult themes without much sweetener, without hackneyed positions or easy speeches, always from a mature position that invites the viewer to contemplate the complexity of the issues that his works deal with.. But the director has the ability to wrap those speeches of tenderness and fun thanks to the most charismatic raccoons on the audiovisual scene. We are, in fact, before another naturalistic history, with the exception that on this occasion the protagonists are activists who resort to all kinds of maneuvers to achieve their ends, with the ethical debates that this implies and the internal wars that it can unleash. A history of failures turned into a constant party that honors playfulness. Weird, sometimes disturbing, cute and wildly funny.

And we close with the great Satoshi Kon and Perfect Blue, his debut feature, a tremendously influential psychological thriller on figures like Cristopher Nolan and Darren Aronofsky (who got to acquire the rights to the tape to be able to freely inspire it for his “Black Swan”). The script focuses on Mima, a Japanese singer and actress who represents the stereotype of women. Iarr. Tape explores the journey to the social and mental pressure of a meteoric career in show business and the consequences of the fan phenomenon when it crosses the fine line between devotion and bullying. A film that knows how to accompany the viewer through the daily life of the protagonist until placing him at a point of no return governed by anguish, terror and confusion. Powerful, awe-inspiring, and wildly smart. A film to go to with your eyes closed if you like the complex narrative maneuvers that directors like those mentioned at the beginning of the paragraph usually articulate. Elegant.