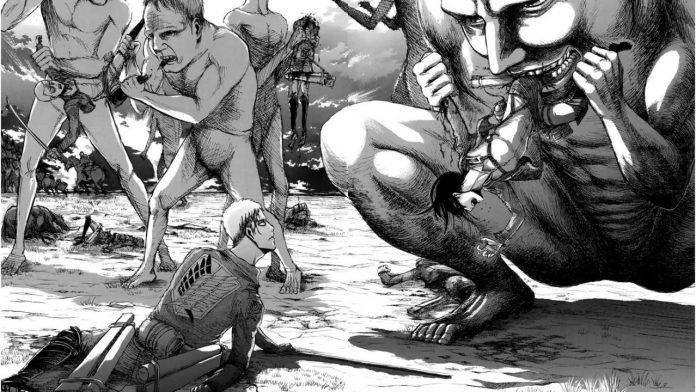 Hajime Isayama has accustomed us from the very beginning to a world full of death. The giants have made theirs first victims already from the first chapter of The Attack of the Giants, and the number of deaths only increased over the course of the manga. And even the latest events had raised question marks about the fate of some characters.

By the time we reached chapter 138, we had seen Jean, Connie, and the other Eldians transformed into giants, while Mikasa had cut off the head of his beloved Eren. There were therefore several doubts as to who would survive in the finale.

In fact, the the only characters who died in Attack on Titan 139 were Eren Jaeger, Ymir and the luminous creature who had joined Ymir 2000 years earlier to initiate the curse of the giants. The three are precisely the symbol of this curse and their death marks the definitive disappearance of these powers.

This also allows Jean, Connie, Gabi and the other Eldians nearby to transition from the semi-dead state they found themselves transforming into pure giants to a normal life in their former human body. With the 13-year curse over, too Reiner, Pieck, Annie, Armin and Falco will continue to live until their natural deaths. Onyankopon and especially Levi also saved themselves from the final battle and seem to be living peacefully, while Mikasa has returned to Shiganshina.

Finally, a parenthesis for Historia Reiss who successfully gave birth to a girl and continues to reign over Eldia, opening the doors to a possibility of peace with the return of Armin and his companions to the island.