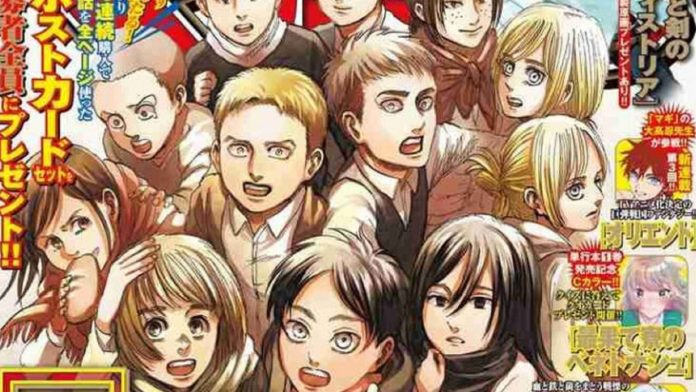 The Attack of the Giants 34, the Concluding Volume of Hajime Isayama’s work, will include additional pages of the story in addition to the usual corrections to the tables, as stated a few moments ago by the Kodansha publishing house. The Volume will debut in Japan on June 9, 2021, and the official Cover was recently shown in preview.

For the moment it is not clear how many extra pages will be, nor if they will act as an epilogue or tie-in between one chapter and another, even if the direct translation of the words of the representatives of Kodansha seems to suggest that these are part of chapter 139, the last one. Most fans praised the final chapter but expressed disappointment at its length, so it will be interesting to find out if and how much they add this extra scene to the story.

In addition, it has been confirmed that on June 9th two special editions of Attack of the Giants 34 will be released, a new Character Book and the first Volume of the color edition. To close the circle, Hajime Isayama will also be interviewed in the next issue of Bessetsu Shonen Magazine, together with colleague Hiromu Arakawa (Fullmetal Alchemist). In short, a sea of ​​news awaits us.

And what do you think of it? Which of these products are you most waiting for? Let us know in the comments! In the meantime, we greet you by referring to the review of The Attack of the Giants, the masterpiece of Hajime Isayama.