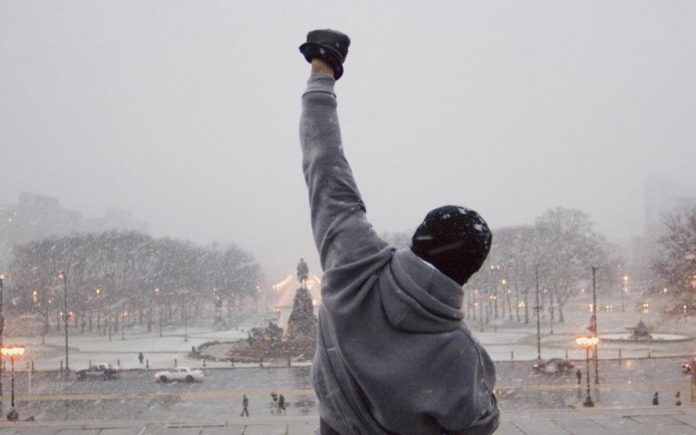 Sylvester Stallone has revealed, on Instagram and with all the naturalness in the world, that is writing a prequel to Rocky. It is a project that, it seems, is designed to function as a brand new series on any of the current platform’s streaming.

The veteran actor, who has always maintained creative control over the franchise, posted on his Instagram account a photo of a manuscript titled “Treatment for Rocky’s prequel series”, and attached the following text:

” I started this morning writing a treatment for a Rocky prequel intended for streaming. The initial idea is 10 episodes in a few seasons, to reach the hearts of the Characters in their younger years. I also include two page handwritten images … Here you have a small portion of how my creative process begins… I hope it happens ”

Conclude the post with a couple of photos from an afternoon of fishing that, according to the actor, helped him clear up after being involved in this new project.

The series will be set in the sixties, a time that featured the generation that he describes as “the most transformative generation in modern history.” The idea is to delve into Rocky’s life before he became a big-name boxer.

Tell part of his youth, wrapped in the effervescence of the decade that saw him grow up and, incidentally, put the paw in events that marked American history like the Cold War, the space exploration program, the Civil Rights Movement, Vietnam, and the feminist movement.

After six main films and a sub-saga starring Adonis Creed (Michael B. Jordan), the son of his old rival, whom Rocky welcomes as a student, there is no doubt that the project sounds most interesting.

At the moment it seems to be an idea that after taking shape in Stallone’s mind has made the leap to paper now we have to see which production company takes the glove on this proposal.