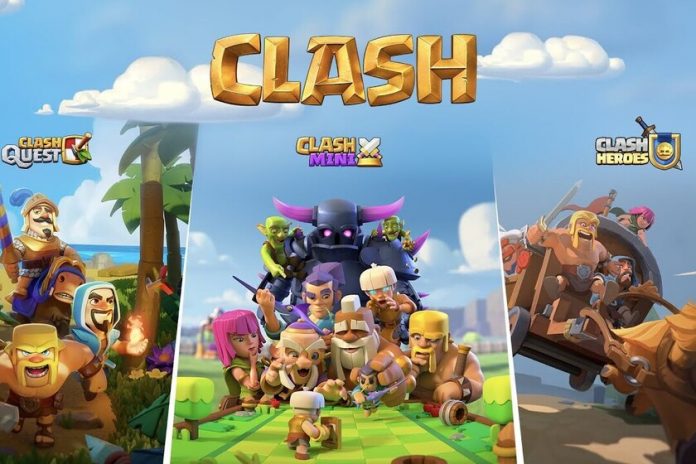 Supercell is one of the most prolific developers when it comes to mobile games. The company has to its credit great games such as ‘Clash of Clans’, ‘Clash Royale’, ‘Boom Beach’, ‘Hay Day’ and ‘Brawl Stars’, but as if they were few, the Finnish company has announced that it is preparing another three games based on the universe and characters from ‘Clash of Clans’.

The games are ‘Clash Quest’, ‘Clash Mini’ y ‘Clash Heroes’ and, for now, they are in an early stage of their development. That means 1) that it is possible that everything shown will change in the final version, and 2) that it is possible that some of them (or all) will not be released if it does not meet the expectations of the study, as happened with ‘ Rush Wars’. With that said, let’s see what Supercell is working on.

The first of the games is’Clash Quest‘. From what we can see in the presentation video, the game looks like a mix of ‘Candy Crush’ and turn-based combat. It is a tactical game in which we begin with a series of troops that we will have to combine (as if it were the candy from ‘Candy Crush’) to attack enemy units and structures. There will also be final bosses and items with which to boost the troops. An interesting concept, but one that is not strictly new either.

READ:  Moving games to external storage drives on PS5 will be possible thanks to the next major console update

The second game is’Clash Mini‘, which is still a autochess like ‘Teamfight Tactics’ or ‘DOTA Underlords’. From what we can see in the images, it will be a multiplayer game in which we will have to place the units in a certain position to create combos, get synergies, etc. The player will have to decide which strategy to follow and the units will fight alone, as in ‘TFT’. It’s a well-known genre that makes sense given the vast universe and cast of ‘Clash of Clans’ characters.

And the third game is’Clash Heroes‘, which is slightly reminiscent of’ Diablo ‘. In the video we can see how we control one of the game’s characters, such as the barbarian or the archer, throughout a kind of dungeon full of enemies. It also seems that it will have a certain cooperative character, ergo we can play with friends. This game is being developed with Unreal Engine, something completely new for the study, and it is without a doubt the most interesting.

Although the games are in the development phase, they will only be released if they meet Supercell’s standards.

These are the three games that Supercell has in the oven. Now it will be time to wait for development to continue and for them to be launched, if they finally do. From the company they have clarified that the studios in charge of these games are separated of the teams leading ‘Clash of Clans’ and ‘Clash Royale’, so their development will not affect the support of existing games.

For now no information on its release date and availability, but sticking to the other games that Supercell already has on the market, it is to be expected that they will be free games with microtransactions and that they will be available on iOS and Android. Be that as it may, it is a matter of time before we get out of doubt.