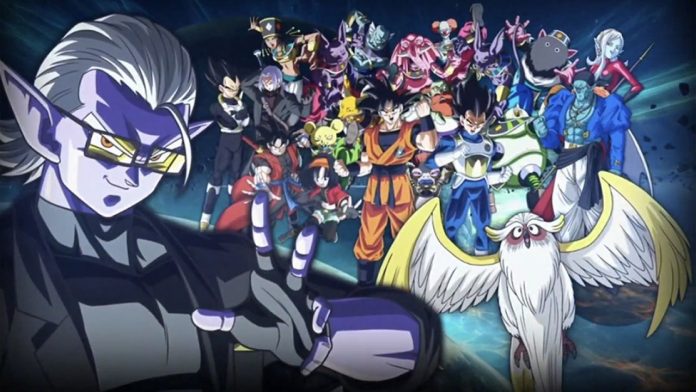 After the introductory episode of the new saga of Super Dragon Ball Heroes, the Space-Time War Arc, the action finally comes alive. The improvised duo made up of Goku and Hearts, in fact, starts the counterattack of the rivals Golden Freezer and Golden Cooler. Suddenly, however, a new opponent bursts into the battlefield.

The new story arc led Goku to awaken in theparallel universe created by Fu, a mysterious place where he finds himself surrounded by terrible antagonists. Fleeing the attacks of Freeza and Coola, the Saiyan finds unexpected help in Hearts, his old opponent who had now been defeated.

Episode 34 of the promotional anime sees Goku and Hearts go off on a counterattack, but the two brothers, both in golden form, seem overwhelming. As noted by Hearts, both Freeza and Cooler appear to have overstepped their limits as a result of Dark Dragon Balls.

In the meantime, however, Broly is added to the clash, who arrived on the scene and begins to attack and massacre anyone without distinction. The Super Saiyan Legendary, the crazy and uncontrollable one of the Dragon Ball Z films, hits the four opponents with ease. However, the sudden debut of the Warrior in Black pulls him away from the scene.

READ:  BanG Dream! An Episode of Roselia I: Yakusoku announced a new trailer