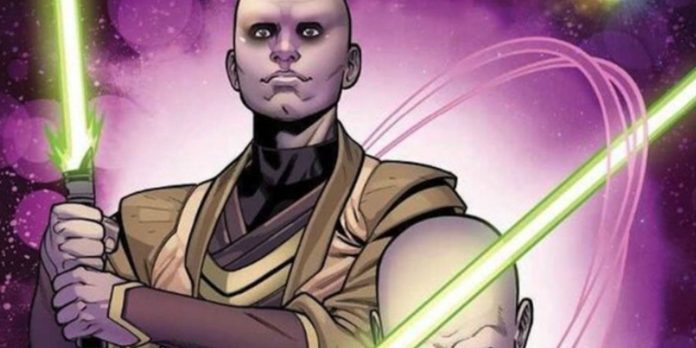 The most recent series dedicated to the universe of Star Wars, The High Republic, is enjoying tremendous success in both comic books and novels published simultaneously to immediately expand the project, and recently, the official account of the series wanted to participate in TransDayOfVisibility with an announcement. .

As you can see from the post reported at the bottom, in fact, the Star Wars page showed the variant cover of volume 6 of the series, which features the brothers Terec and Ceret, very important characters in the story written by Cavan Scott. The two Kotabis have a particular strength that allows them to be linked, forming a single mind, even if they are located at a great distance from each other.

“In honor of #TransDayOfVisibility we are proud to reveal an exclusive cover dedicated to Terec and Ceret, non-binary trans Jedi, who are currently part of the Marvel series The High Republic. We support the transgender community and are passionate and committed to expanding our representation to a galaxy far, far away “, these are the words used by the authors to underline their participation in such a relevant day for the LGBTQ community, directly addressing such a delicate issue at the level of inclusion, which has always been a fundamental aspect of the Star Wars universe.

READ:  a foul-mouthed Clint Eastwood entertainment that is much more than a festival of mythical phrases

Recall that the first chapter of the novel The Light of the Jedi is available online, and we leave you to the words of Cavan Scott about the creation of the young Yoda.