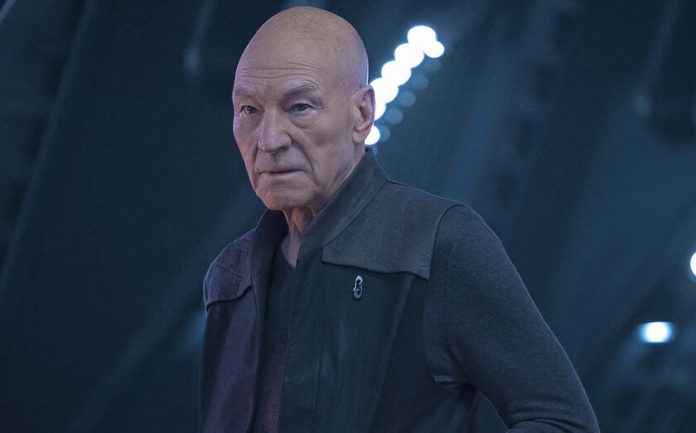 Last night we had a great Trekkie celebration with “First Contact Day”, which commemorated the 25th anniversary of ‘Star Trek: First Contact’. This anniversary has served Paramount + to reveal the first glimpses of the new seasons of the franchise series including ‘Star Trek: Picard’, who will return in 2022 with one of the most iconic characters in the franchise: Q.

This has been shown by the first trailer of season 2 of the series starring Patrick Stewart as Jean-Luc Picard. A small preview in which we enter the protagonist’s farm to, at the end, listen to the powerful voice of John de Lancie, who made his surprise appearance on the panel about the future of the series.

Q is an omnipotent being that appears since the beginning of ‘Star Trek: The new generation’ messing with the crew of the Enterprise and with the continuous space-time in a kind of continuous judgment on the human species and other “inferior” beings. His arrival is always traumatic although the last time we saw him he was immediately kicked out by the Cerritos workers in ‘Lower Decks’.

READ:  Tyler Cameron Talks About His Erections on "The Bachelorette"

The arrival of Q

Jokes aside, De Lancie has assured to be excited to participate in this season 2 of ‘Picard’:

“Finally! I am totally delighted and looking forward to it and more than ready. I have aged a little to be more where we are right now. I am here to make your life as annoying as possible. He is delightfully mischievous and terribly nosy so, as my wife says, it’s not a lot of effort. “

Akiva Goldsman and Terry Matalas They will be the coshowrunners of this season 2 of ‘Star Trek Picard’ that, as you know, takes place at the end of the XXIV century and deals with the consequences of the destruction of Romulus. Along with Stewart, the cast includes Alison Pill, Isa Briones, Evan Evagora, Michelle Hurd, Santiago Cabrera, Jeri Ryan, Orla Brady and Brent Spiner.

In Spain we can see the series through Amazon Prime Video.