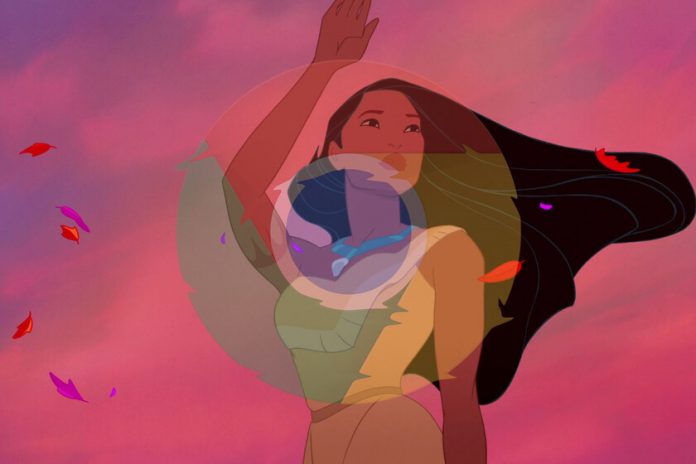 In 2017 I was writing an article on how if you used Chrome and wanted to change browsers, Opera was perhaps your best option. Although I still consider Opera to be one of the most interesting browsers out there and an excellent option for those who are used to Chrome, for me the best browser today is definitely Microsoft Edge.

The reasons are many, and I will talk more about them along these lines. However, unlike what has happened to me with other browsers that I have used in the last 10 years or so (and in my line of work there have been many, including some quite rare), with Edge once I started using it I never looked back, in fact this month I’ll be fulfilling two years of having stopped using Chrome completely, and that has never happened to me since the Google browser exists. 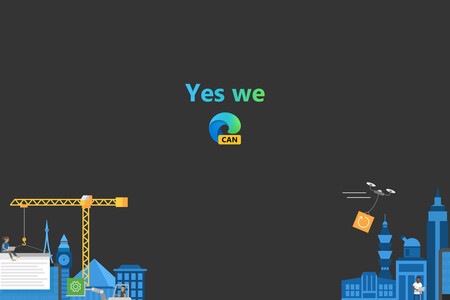 When Firefox Quantum appeared, I believed that the end of my yoke under Chrome had come. Mozilla’s new version of the browser was the best in years, it felt faster and smoother than ever, and it looked like it was on its way to becoming the rival Chrome needed. For months I tried to use it as my main browser, but I always came back to using Chrome for one reason or another.

With the following updates it got worse, Firefox is a performance sway that never ends offering you a consistent experience, sometimes it goes very fast, other times it behaves in strange ways, it becomes slow, some website does not work well, ends up consuming too many resources, or it simply has something lacking that does not exist in Chrome.

It’s frustrating that basically the only current alternative that isn’t based on Chromium is still not living to its full potential., but my need to get the best user experience, to waste the least amount of time dealing with problems or limitations, broken websites or scrolling lagged, exceeds my principles and need for more privacy. 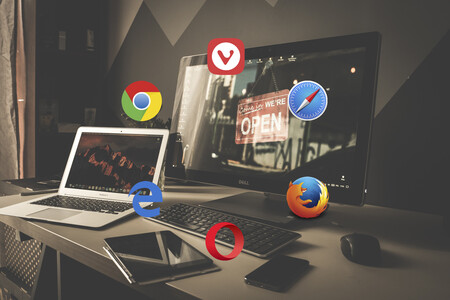 It is unfair, because many of Firefox’s problems are not its fault, but rather Chrome’s dominance on a website that is increasingly made for the Google browser that has wanted to impose itself as a standard, to the point of sabotaging the rest.

So for a long time, Firefox was relegated to a secondary browser, with aspirations to upload to the main one every few updates that did not finish changing anything in the end. I lived this with Opera, with Vivaldi, even with Brave, which I gave a brief chance to in 2020. So far the only exception to the eternal dissatisfaction I felt trying to get a replacement for Chrome has been Edge.

Why Edge and not another Chromium-based browser 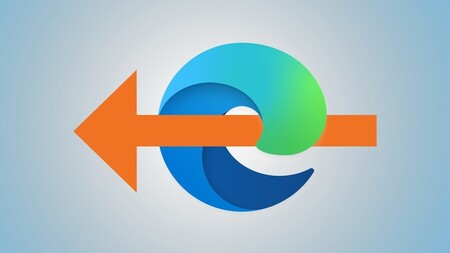 I started using Edge the same day it came out in preview, and although I gave it a relatively cursory test that first month because it was a very green browser after all, it quickly became my browser of choice. That was mid-2019, and since then I have never changed my default browser again neither on Windows 10 nor on macOS, unless you count to go from Edge Canary to Edge Dev, then Edge Beta, and finally Edge stable.

Edge does not have the problems of Firefox, I do not miss anything from Chrome when I use it, and its performance and the user experience that it has given me these two years, is above that offered by the Google browser, at least in my opinion.

And curiously If you think that because Edge is based on Chromium and is from a mega-corporation like Microsoft, it is the same privacy nightmare as Chrome, you would be wrong.

After months of stalling, Google finally revealed how much personal data they collect in Chrome and the Google app. No wonder they wanted to hide it.
⁰
Spying on users has nothing to do with building a great web browser or search engine. We would know (our app is both in one). pic.twitter.com/lJBbLTjMuu

Just take a look at the latest Apple privacy labels in the most used browsers. Nobody collects more data that can be linked to your identity than Chrome, and although Firefox does the best in this regard (to nobody’s surprise), Edge is more at the level of Safari, than Chrome’s data gluttony.

For many it depends less on these numbers and more on how much you trust one company or another. Sometimes it is even a decision to choose between the lesser of two evils, almost like with your favorite social network. Unfortunately, much of the current convenience that technology offers is subject to some surveillance, but that is another matter. 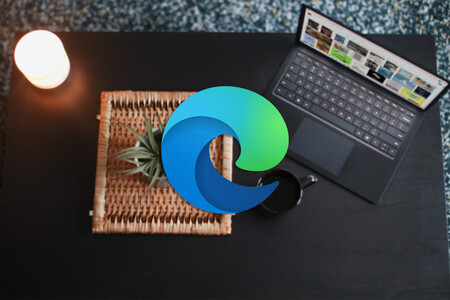 Edge is not only not “Chrome with a skin”, but it is a browser loaded with unique functions and that has also been one of the best things that has happened to Chrome itself. Since Microsoft began collaborating with Chromium, they have even begun to help solve several of its RAM consumption problems.

There are many current browsers based on Chromium and they all offer different experiences, To say that they are all a Chrome with “skin” is a god-level disrespect to the development of those projects.

It is almost as silly as saying that Ubuntu is a Debian “skin”, or Android is a Linux “skin”. Not because they share a certain amount of code base does not mean that others do not contribute anything new or different, do not have their own identity, or do not work in another way. 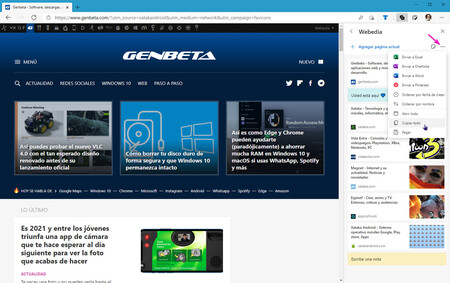 The new Edge combines the best of the classic Edge with the best of Chrome, and over time it has not stopped including improvements that are offering an increasingly complete and different experience. It is a job that has been well received by users, Edge already has more than 600 million of these according to Microsoft.

Not by coming installed in Windows 10 by default it is going to win over people, remember that the old Edge was there for more than five years and never took off because it simply was not a competitive option compared to Chrome

READ:  a service with potential that still has a lot to improve

Yes, being the default browser in Windows 10 helps, but up to a point. Users do not have much trouble half-clicking on Google and they are telling you to install Chrome for the best experience. The vast majority of people are still using Chrome, but Edge is gaining users tell me, and is already the second most used browser in the world. It is not free.

Edge has a long list of useful features that can do wonders for your productivity, collections, for example, are one of my favorites. Its role in the continuity between Windows 10 and Android is also an interesting attraction, but Edge is also on iOS and is an excellent option if you want to better integrate your mobile in case you use Windows.

Microsoft boasts some things that Edge has that others do not have, and others that complement it very well:

What they think in Genbeta about Edge

I am not the only one that Edge has conquered in recent years, several of my co-workers have also decided to give Microsoft’s browser a try and this is what they have to say:

After years and years using Safari, and happy, I decided to give Edge a try because of how well I saw that it worked in Windows and, above all, because thanks to using some applications such as Spotify, Slack or WhatsApp as installed PWAs, I save a lot of RAM memory thanks to avoiding Chromium instances from Electron.

I am very happy with the change in terms of performance and resources, and I think it handles times when I have a lot of tabs open (with 8GB of RAM) better than Safari. Another great addition is being able to finally have all the Chrome extensions, after the limitations in Safari.

I’m not going to complain about Chrome’s performance, but it always seemed a bit overloaded to me. For a long time, I have always been trying alternatives in the hope that they would convince me, but something was always missing, and the first Edge was no exception.

However, as I moved further and further away from Google services in favor of Microsoft’s, as Edge made the leap to Chromium I started using its beta versions. The love was instantaneous, with an interface that I like much more than Chrome’s, and very good performance.

Really, there is nothing I miss from Chrome right now, especially since I can directly install its extensions. Also, Edge integrates seamlessly with Windows and Microsoft services, and has options that I use a lot like its collections. In addition, how well it gets along with its mobile version, which is also the one I use on iOS, makes me no longer consider going back to Chrome.

It has been years and years of Chrome, but one day I seriously decided to try Edge and it was a wise decision. It is not the same to try it from time to time than to intend to use it intensively as the only browser for days. And that litmus test was what made me decide: I would stick with Microsoft’s solution.

This is what both your experience and Antonio’s experience when using some applications such as Slack or WhatsApp as PWA installed. When you go from Chrome to Edge there is no going back.

Is it worth changing? 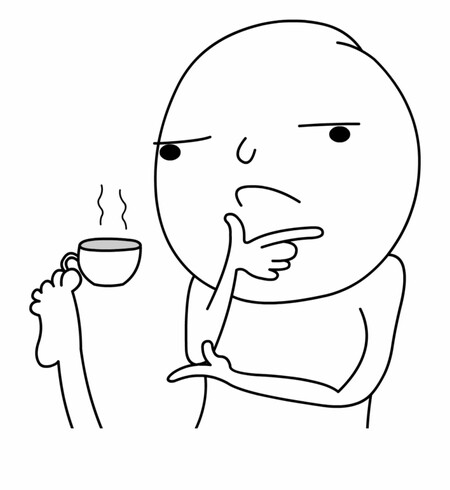 Let’s see, that’s your decision, if you are happy with Chrome and you don’t feel the need to change anything in your life, why bother? These lines are our opinions based on our experience as users, as specialists in informing about software, as people who like to try new things and are always looking for that something else.

Perhaps the least attractive thing about Edge is its insistence that you use Bing.But the search engine is easy to change in a couple of clicks, and then it’s another one of those recommendations that you can ignore forever, like the one you’ll see when using Gmail and Google for the rest of your days if you don’t use Chrome.

If we recommend something it is because we consider it to be good, and there is a good niche of people who want to stop using Chrome and are constantly hunting for alternatives. Microsoft’s is one of the best today, and checking it costs you the same as disagreeing: nothing.