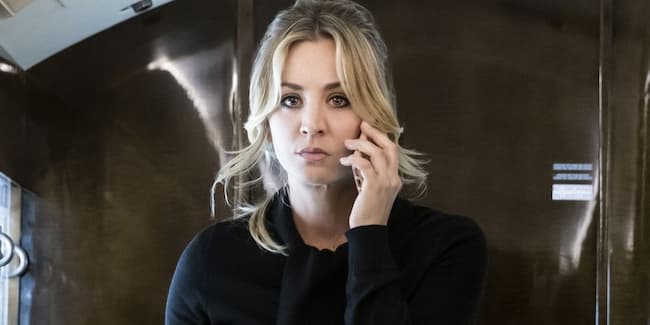 With the renewal of a 2nd season, The Flight Attendant might star Hollywood actress Sharon Stone as one of the key characters.

The upcoming second season is said to go deeper into the bond of Cassie and her mother, Lisa Bowden. The mother-daughter relationship story is said to be the highlight of The Flight Attendant Season 2.

Sharon Stone will play the character of Cassie’s mother, who grows unaffected towards her alcoholic daughter, and is likely to be in that mindset for a while. Lisa has no feelings left to have patience with her daughter, who’s never sober.

READ:  What Is The Smallest Unit Of Life?

The first season was a tragic train of emotions following the bond between Cassie and Hank, her dead father. Jason Jones gave an outstanding performance as Cassie’s father in the first season, which premiered on 26th November 2020.

The premiere of season 2 will unveil a lot about the relationship between Lisa and Cassie. Apart from the family feud, Cassie will also strangle herself in a murder case, which will eventually cause her international emergency.

Season 2 of The Flight Attendant is rumored to give us an insight into the family life that Cassie, played by Kaley Cuoco, has yet to deal with.

The upcoming season might give Cassie a chance of being sober in a city full of scandals and A-list celebrities, Los Angeles. Moreover, is there a chance that Cassie will actually try and make up with her mother? The only family member, that Cassie can be hopeful for?

Along with Kaley Cuoco and showrunner Steve Yockey, there are familiar cast members who will show up in the second season. Zosia Mamet, Rosie Perez, Griffin Mathews, and Deniz Akdeniz are included in the regular cast of The Flight Attendant season 2.

READ:  When Does Finding Dory Come Out On Netflix?

Sharon Stone is likely to be a major add-up in the cast of The Flight Attendant. The role of the estranged mother will be an exciting storyline in the second season. Stone has previously worked on shows like Mosaic and Ratched, which premiered on Netflix and HBO, respectively.

Now that we are aware of Cassie and her mother’s fragile relationship, the second season is likely to bring a lot more depth to the potential plot of The Flight Attendant Season 2.

Will Sharon Stone amaze us with her debut in The Flight Attendant? Only time can say what’s to come in the second season.