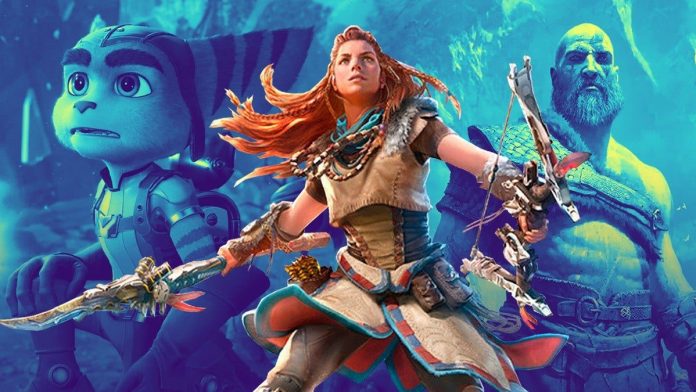 This year has turned out to be an absolute success for Sony, an exercise in profit records, what we could classify as a time in which he is dedicating himself to reap the sown, to stroll through his fields and remove the fruits that he has been caring for so long. Some fruits are the spectacular sales figures of PS4, the unstoppable start of the PS5, and the reputation it has earned as a video game producer.

The latter is something that has ended up culminating in the creation of the brand PlayStation Studios, a logo called to guarantee certain quality standards and to represent an added value for the PlayStation brand: the exclusivity of a certain way of making video games that has been central to the success of the company during the last decade.

But of course, the readings of the paths that have led him to where he is do not always coincide and, it seems, at Sony they are drawing very different conclusions from those expected by some players. And I say apparently, because all this follows from an article that Jason Schreier published on April 9 on the Bloomberg portal, a text that combined with some of the latest news emerging from the PlayStation environment, is generating some concern among many players.

The origin of the concern

The first thing that should be clarified is that the controversy does not start here, but with another piece, also published in Bloomberg, on November 7, by Takashi Mochizuki, which pointed to the possibility that Sony PlayStation was bypassing the Japanese market. Quickly, Jim Ryan (CEO of Sony Interactive Entertainment) went to Edge to make your position clear with the following statements:

“Sony’s position is that the Japanese market is still incredibly important to us. We have not been so enthusiastic about our commitment to Japanese development in years. as we are now. “

However, these words were not forgotten, and they came out when, On February 26, Sony confirmed the “reorganization” of Japan Studio. This restructuring ended in the inclusion of several of the members of the veteran study in the organization chart of Team Asobi (Astro Bot). The movement has led to the departure of some of the oldest members of the legendary Japanese studio. Gavin Moore, director of the recent remake of Demon’s Souls, He left the team on April 1 after more than 24 years with the company.

Shunsuke Saito followed (character designer and art director of the Gravity Rush series), Yasukata Asakura (The Last Guardian y Shadow of the Colossus remake) y Kentaro Motomura (Bloodborne, Everybody’s Golf and Wild Arms). Only with these four names, it is becoming more or less clear the magnitude of the list of titles to which the Japan Studio is associated.

Although it is true that the restructuring should serve to provide the greater creative potential to the team responsible for Astro’s PlayRoom (one of the most celebrated works of the company during the past year), Jim Ryan’s words echo in my head as he shelters the Japanese creative team that more winks should have contributed to the review of the history of PlayStation that the title of Astro Bot supposes. Fate, it seems, is not without a certain irony.

The disappearance of the Japan Studio inevitably leads us to think about all those titles that we have just named when reviewing the names of the people who have fired from the company. A series of video games that are framed within something that we could call “the second media division”, works like The Last Guardian or Gravity Rush, titles not molded under the patterns that define the blockbuster of the industry, that a certain degree of experimentation is allowed and that, definitely, They have given PS4 an absolutely enviable variety in their catalog. But of course, as they say, all skinny dogs are fleas.

And when not a few of us walked with the fly behind the ear with the latest movements of the company, and the inaccurate statements of Jim Ryan, Jason appeared with his text on Sony Corp.’s Visual Arts Service Group, the remake of The Last of Us and the supposed cancellation of Days Gone 2. Lots of fabric to cut.

A story about The Last of Us that hides different readings

The Visual Arts Service Group it is an internal development team that has always been dedicated to supporting different projects carried out by Sony studios. As we read in Schreier’s text, a few years ago the team leader, Michael Mumbauer, I propose to the company the possibility of carrying out a remake on the first Uncharted. The project was replaced by the launch of a similar maneuver with the first The Last of Us, a job, a priori, cheaper than updating Nathan Drake’s first adventure.

The development of the project (codenamed T1X) was not easy, it came to a halt due to the needs of The Last of Us: Part II and was finally resumed with part of the Naughty Dog team as support. But the important thing here, what really tells us about the path that Sony may be taking, is the bet on a remake of The Last of Us, a title perfectly playable today, which has a version of PS4 that continues to perform surprisingly well both graphically and playable.

It seems that profitability and the safe bet for a brand in full swing prevailed. And it is not strange, we are here to sell. But again, if we think back to the titles we mentioned earlier, and compare them to a remake of a video game that had a remastering not so many years ago, it may happen that more than one of us end up raising our eyebrows.

From there, Jason’s text describes the entire creative process that has surrounded the remake, and with it he elaborates a discourse that places Visual Arts Service Group as a private team of his agency in the development and subjected to the creative will of Naughty Dog when making decisions. This is something that, personally, would separate from Sony’s global strategies, as the presence of workers involved in the development of the first The Last of Us working on updating it seems most natural. We are all reassured to see Taro’s name on the next NieR Replicant.

Jim Ryan, a generator of distrust

Now, something else is the general drift that seems to be taking Sony Interactive Entertainment since John Kodera was replaced by Jim Ryan. The barrage of new franchises that we could savor on PS4 seems to have been replaced by a string of sequels called to continue the most resounding successes of the generation that has just left us. Something that can make us suspect when we think that it was Sony itself, through the figure of its CEO, who insisted on high production levels as a justification for the price increase carried out in PS5 games. .

Taking this into account if we place the disappearance of Japan Studios next to the distance that Sony has been taking with respect to other teams such as Quantic Dream (Detroit: Become Human) or Supermassive Games (Until Dawn), the panorama point back to the abandonment of the middle class of production on PlayStation. That is, the lack of space for second-line studios embarked on titles that may be more or less liked, but that have brought a more than remarkable variety to PS4.

Along with these concerns, Jason intends to pack the supposed cancellation of Days Gone 2. I know that I am nobody to contradict the, perhaps, most influential journalist of the moment in the video game industry, but I think they are decisions that do not have to be necessarily linked. The drift towards the absolute triple-A and big-budget projects is something that seems compatible with the development of the second part of a game based on the open world and zombies.

The title did not sell badly, but this time the alleged unwillingness to continue with a sequel is linked to a more expensive production than expected and the lukewarm reception it received from critics. With what yes, the change of course and the homogenization of the PlayStation Studios catalog are issues that seem to be on the table, but the Bend Studio case is not the best of examples. Like We cannot ignore the other side of the coin on the sad closure of Japan Studio, the empowerment of Team Asobi.

All in all, what we are left with is a Sony Interactive Entertainment which is, as I said at the beginning, in time to reap what was sown. To collect the benefits derived from betting on new sagas such as Uncharted, The Last of Us and Horizon: Zero Dawn, of daring to reinterpret icons like Kratos’ and making it clear that they were capable of betting on different ideas such as The Last Guardian, Detroit: Become Human, Until Dawn or Gravity Rush. Now is harvest time, but if one intends to harvest a good harvest for years to come, you need to make sure you take care of the land and lovingly cultivate it again. Time will tell if this new PlayStation, which is growing in the shadow of Jim Ryan, takes care of it.