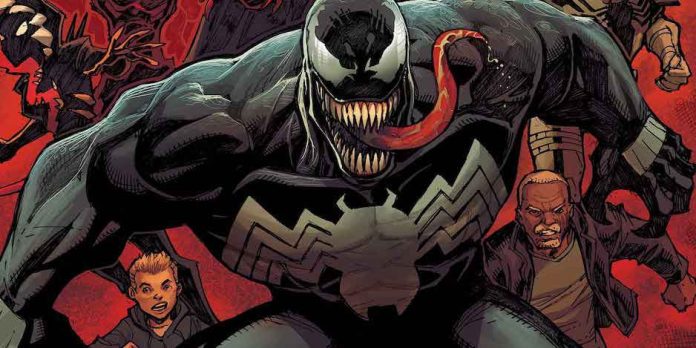 The five-volume King in Black miniseries ended with an exciting final battle, during which the apparently dramatic situation of the superheroes on Earth was overturned thanks to the intervention of a completely unexpected figure, the anti -hero Venom, which has undergone a radical, and important, change.

During the years Venom, created by David Michelinie and Todd McFarlane, has often changed his status, first appearing as one of Spider-Man’s main antagonists, then transforming into a special agent and becoming a full-fledged anti-hero. Unexpectedly, however, in the final volume of King in Black, Eddie Brock takes command of the “good” group, asking them to protect the innocent, while he would directly confront Knull, god of symbionts.

The demand to protect the millions of people who may be involved in the battle is not entirely surprising when you consider Brock’s past, which he never wanted to spread death and destruction, but he tried more strategically to hit his opponents, like when he broke into Peter Parker and MJ’s apartment, without hurting Spider-Man’s partner.

READ:  The Witcher Season 2 for Netflix has already finished its filming

This will to defend the innocent is also found in Maximum Carnage, where Venom played a pivotal role in stopping Cletus Kasady’s killing spree. Eddie Brock’s growth as a reporter, to Venom, Anti-Venom, Toxin and again as the original symbiote has always had at its core the desire to protect others, which has expressed itself totally in the final confrontation between him, armed with Mjolnir, the Enigma Force, and a more offensive version of the Silver Surfer board, and the mighty Knull.

What do you think of this major change for the Venom character? Let us know with a comment below. Recall that a Symbiote Dragon also appeared in the battle against Knull, and we leave you with a magnificent statue dedicated to Venom.