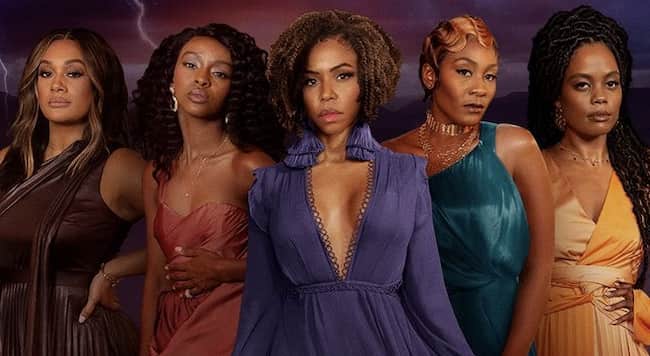 Sistas is an American comedy web series created, written, and produced by Tyler Perry. The Series is based on four brown girls with a single question about why they are single.

All the ladies are near their 30’s but still single. The show is mainly famous for all four complicated love relations, and always there is one reason for them to stay single.

The drama already contains three seasons and 69 episodes, and the fourth season is coming soon. The First Episode of the drama was released on Oct 23, 2019, in its original language, English, and originally premiered on BET.

The main attraction of the series is the complicated love relationships of all four women; with many twists and turns, the show has increased its fans constantly, and there is a lot of entertainment in every episode. There is rarely any sad or dull moment in the series.

What we are going to see in this article:-

We will see everything we know about Sista Season 4. We will brief you on what to expect from season 4, its cast, its release date, and about official trailers coming for this season.

These are the main cast of the series. There are also some more characters in the series are following:-

There does not seem to be any change in the main Cast of Sistas, and we will see all four young ladies in the main character.

Perhaps the only two cast members whose futures on the show are in danger, DeVale Ellis and Crystal Renee Hayslett, are in lovebirds Zac Taylor and Fatima Wilson, respectively.

Now the question is, what is the summary of season4 or what markers do in season 4

Because of the increasing covid 19 danger, everyone thinks that they would have to wait for long, but it’s not happened because they are releasing it very soon, and it’s a shocking statement at this

time. A short period between the two seasons, but the fans eagerly waiting for what will happen next are pleased to listen to this.

Bet announced Sistas season4 in October 2021, its premiere on BET from 5th January 2022, and its episode name is A Brick Wall, and the 2nd episode will premiere on 12 January 2022.

Based on the new trailer, it’s seen that things will become more complicated with various twists and turns coming in various episodes.

Season 4 will start from where Season3 ended. Andi and Sabrina will be dealing with their love lives, while Karen will face various challenges Because of her newfound pregnancy. Preston judged Danni for her new relationship with El Fuego.

No one knows what will happen in the next season exactly, and we make our predictions. But it’s a matter of time because only after the premier we will know what will happen next and what will be the end of the season. Still, it seems that season 4 undoubtedly fulfills the audience’s expectations.

Some Frequently asked questions about season4

Ans:- There are no such adult sections, but there is romance in the web series, and there is no restriction to watch this series, but if you are above 15, you can watch it more comfortably and enjoy this comedy series.

Q:-Where and when the series will premiere?

Is there any trailer released for Sistas Season 4?

Based on the new trailer, it’s seen that things will become more complicated with various twists and turns coming in various episodes. Season 4 will start from where Season3 ended. Andi and Sabrina will be dealing with their love lives, while Karen will face various challenges Because of her newfound pregnancy. Preston judged Danni for her new relationship with El Fuego.

One other trailer also suggests that  DeVale Ellis’ Zac is under investigation for his Wall Street dealings, proving very stressful for Ebony Obsidian’s Karen and her unborn child.

Sista is one of the best American comedy series based on four young women who are single and have various twists and turns around their love relationships.

There are a lot of questions coming in every season, and every episode becomes so attractive that its audience always waits for it. At the same time Series creator also sees its audience interest and premiers the series as fast as possible.

They can easily say that because of the corona, we are delaying season4 but they all hard work on its project and completed it with total efficiency. It’s appreciable by the audience, and its audience is pleased about its return.

Looking like this season is going to be a lot more exciting and exciting than others. The first episode will release on 5th Jan 2022, named A Brick wall.