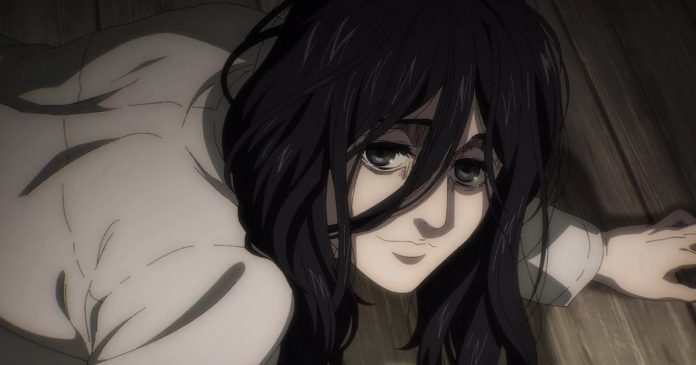 Shingeki no Kyojin finished the first half of the fourth and final season of his anime with great suspense, as the Marley nation promises a reckoning against the Eldians and Eren Jaeger. With the series scheduled to return in 2022, the original designs of the Titan Freighter have found their way online.

Pieck Finger had an important role in the final season of the anime, it is clear that the full power of the Nine Titans is crucial to ending the franchise Attack on Titan which has become one of the largest in the world.

Was Pieck originally a man?

The creator Hajime Isayama apparently had very different plans for the Titan Freighter, and the mangaka’s original plan was for Pieck to be a middle aged man named “Oliver Pieck” instead of a younger woman. This would obviously have made big changes for the Eldian who worked on Marley’s behalf.

The user of Twitter Ken Xyro shared the original designs for the human side of the Freighter Titan, who helped save the lives of his companions more than once in Attack On Titan. La Verdad Noticias invites you to see the sketch above.

Season 4 gave us our first look at the Freighter in human form, the Marleyan warrior known as Pieck, who has become so used to being in her Titan form that she is often seen crawling on the ground even when not in the field. battle.

Needless to say, Pieck will continue to play a major role in the second half of season four. But if the fans of Shingeki no Kyojin have something very clear about her, it is that her personality is anything but that of a weak woman; especially seeing her in Attack on Titan chapter 139 of the manga.