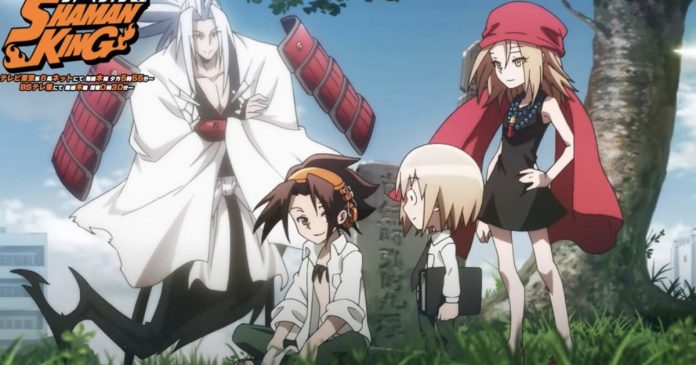 Shaman King is originally a series of manga that was published in Weekly Shonen Jump between June 1998 and August 2004. The series has already received an adaptation of anime television that aired for 64 episodes between July 2001 and September 2002.

However, the new 2021 adaptation is totally new and just like the famous serie Fruits Basket, it will fully adapt to its original manga source created by Hiroyuki Takei. Its official premiere was on April 1 for Japanese fans.

Based on requests for Blu-ray boxes in Japan, the total episode count for Shaman King 2021 will be 52. This does not include additional episodes or OVAs that have not yet been announced on the anime’s official site.

What studio does the new Shaman King produce?

This shonen show features many returning voice actors (although Yoh’s lead role was recast, with Yoko Hikasa replacing Yuuko Satou). Netflix has acquired the worldwide broadcasting rights for this series and has announced plans to launch the series outside of Japan sometime in 2021.

When exactly in 2021 this series will appear for you depends entirely on the region or country you live in, but for those in the United States, it generally means at least three months of waiting, if not more.

This has been one of the most popular series of all time. Even years after its run ended, the series was still over 35 million copies in circulation worldwide in March 2020.

Now what Kodansha has rescued the license of Shaman King and is relaunching it both digitally and physically, you can imagine that the number of copies in the world will only increase.

The Truth News reminds you that the new Shaman King should be one of the funniest anime series of the year. Even if you’re not a huge fan of the shonen battle series, it will be worth keeping your eyes peeled for later this year when it releases outside of Japan.