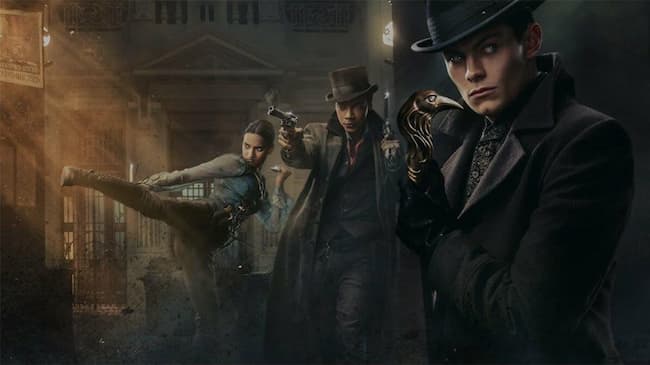 Season 2 of Shadow and Bone has been under production since yesterday. It’s been official that there are new actors for the upcoming season 2. As the shooting begins in Budapest, the team brings new faces for the continuing storyline.

On the day of the initial production process, Leigh Bardugo announced the new cast members through an Instagram post from his official handle.

Season 2 has also marked the return of Danielle Galligan and Calahan Skogman, played by Nina Zinek and Matthias, respectively.

The viewers will also follow up with familiar characters like The Darkling played by Ben Barnes, Kaz Brekker played by Freddy Carter, Alina Starkov played by Jessie Mei Li, and Mal Orestev, played by Archie Renaux. All these characters are assumed to be setting their act on their individual storylines.

READ:  The OA Will No More On Netflix

The specific changes in the cast could be a shock to the fans. However, we are optimistic that viewers will love the quick transitions that happened followed by the production. Moreover, the stunning visuals are far from objectionable.

There is no way fans won’t be thrilled by the cast mixing with the high production for the fantasy drama of Netflix.

According to the adaptation of the novel, the actors are catching the correct characters. It is almost unthinkable for anyone to be having second guesses about the cast of Shadow and Bone season 2.

As for the production, the show will be premiered at the cost of a heavy budget. However, we won’t be surprised if Netflix did spend millions of bucks after the show’s second season. After all, the previous season has been a banger.

And following the storyline, we are hoping for another banger season. The show’s diversity is one of the most significant aspects of its popularity. The fantasy genre itself has a lot to portray when shown on big screens.

READ:  Kim Kardashian and Kanye West Is Everything Fine Between Read About It Here!!

The announcement was further followed by a Twitter post from the official handle of Shadow and Bone. It came up with a similar post of author Leigh Bardugo announcing the new cast members on Instagram.

Shawn Levy, the executive producer of Shadow and Bone, mentioned that it is thrilling to bring the extraordinary storytelling of a fantasy epic like Shadow and Bone.

He added that the author brought such phenomenal characters to life that it is hard for the fans to pick favorites.

Season 2 of Shadow and Bone will have the same showrunner, Eric Heisserer. The fantasy drama on Netflix has just begun with production, and we can expect announcements by the end of 2022.

The previous season comprised eight thrilling episodes, and we expect the same for the next season. So, do stick with us for further updates on Shadow and Bone season 2.