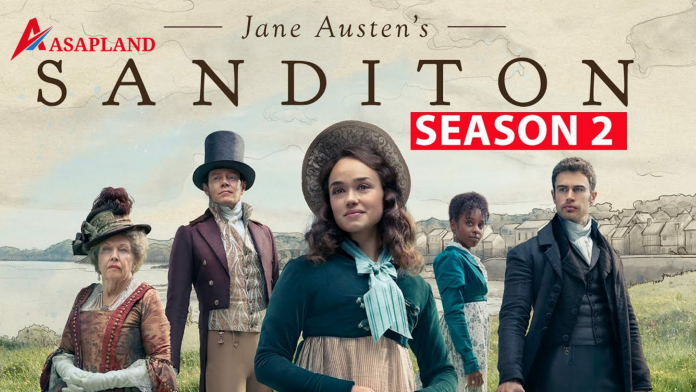 Sanditon Season 2 Everything You Need To Know

The new season will pick up nine months later as the village increases in popularity and will include new and returning characters.

Charlotte is subjected to several cultural shocks due to the cunning nature of the city. The book breaks off in the middle, so there’s no way of knowing how the story will end up, but Sanditon, the show, has taken the shell and turned it into a fantastic production.

She’s also an heiress to a fortune. During a digital panel for the series, it was revealed that not only does she meet an artist in season two, but she also becomes much more political.

READ:  What Is The Purpose Of A Fly:-

Since the first season, the series has had a difficult road. Sanditon was not only canceled, but one of its prominent actors announced his departure after a successful fan movement to save it.

In a statement released by the show’s US broadcaster, PBS Masterpiece, Theo James, who played Charlotte’s main love interest Sidney Parker, said he would not be returning the role.

A lot of intriguing newcomers, including some military soldiers settling into town, are introduced in the new season. Young officers went over the country with their soldiers during the Napoleonic Wars, offering suitable women with dashing dancing companions and potential matches.

In the new season of Sanditon, there’s an alluring encampment of potential husbands and heartbreakers.

Sanditon is a unique version of Jane Austen’s novel. Because it’s based on Austen’s final, unfinished manuscript, writer Andrew Davies was given carte blanche to go beyond the original narrative.

In principle, this means a second season was feasible, although it was unclear whether the costume drama would get a second chapter until now.

READ:  How To Watch Naruto Series? Watch Order of Naruto!!

Season 2 of the British historical drama Sanditon will premiere on PBS Masterpiece on March 20. Fans are ecstatic after a brief trailer debuted on Sunday night following All Creatures Great and Small.

The teaser arrives just days after new portrait stills from the second season were released, featuring Rose Williams’ Charlotte Heywood with her signature bonnet and ribbon. Charlotte is shown seducing possible suitors in the latest footage as she looks for a “wealthy husband.”

Even better news for Sanditon fans arrived in late October 2021, when it was announced that we wouldn’t have to wait nearly as long for Season 2 of Sanditon.

The new season will premiere on Sunday, March 20, at 9 p.m. EST, according to PBS. That means we’ll be reunited with the residents of that small vacation town in a little more than two months, as of this writing.