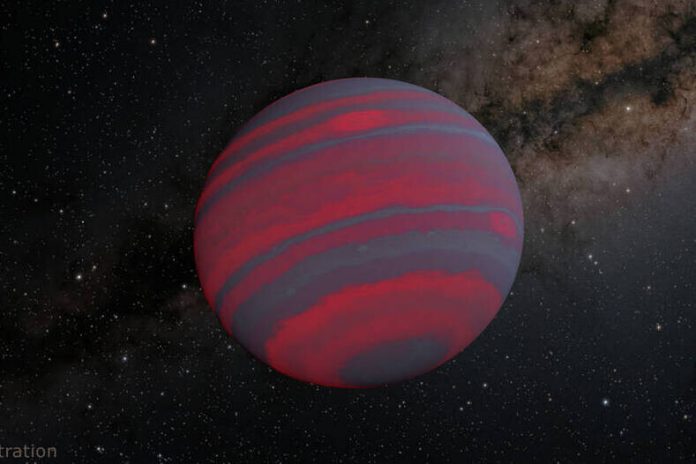 Brown dwarfs are, in a way, failed stars. Stars that do not have the necessary mass to start combustion, so they end up cooling. Despite being failed stars, they are a most curious type of star. For example, they can spin so fast that one day in them is barely an hour on Earth.

Brown dwarfs, as they cool and contract, they begin to spin faster and faster. A new NASA study using data from the Spitzer Space Telescope has identified what, so far, are the fastest rotating brown dwarfs in the Universe. They also believe that they are at the limit of how fast a brown dwarf can rotate.

It is the approximate speed at which the fastest brown dwarf ever detected rotates. A total of three brown dwarfs have been analyzed to see the speed they have when making their rotational movement. All three have about the diameter of Jupiter, but with a mass between 40 and 70 times greater than the gas planet closest to us.

But while Jupiter has a rotation speed of about 10 hours (the fastest in the Solar System), these brown dwarfs rotate ten times faster. The fastest of all complete your rotation in one hour, while the other two take 1.4 hours.

Can it be rotated faster? Scientists believe not. Turning faster would reach a point where the brown dwarf would end up breaking due to the forces that are generated. At a higher speed, they would end up throwing their atmosphere into outer space.

The stars, for example, have their own mechanisms that help to stop them so as not to destroy themselves. This type of mechanism has not been discovered so far in brown dwarfs, but it has 350,000 km / h is believed to be the limit before either the brown dwarf is smashed or somehow slows down.

Now it’s a matter of investigate what happens inside the brown dwarf with the hydrogen and helium that make it up and how these elements behave at such high pressures and speeds, since that is something that affects the speed of rotation.