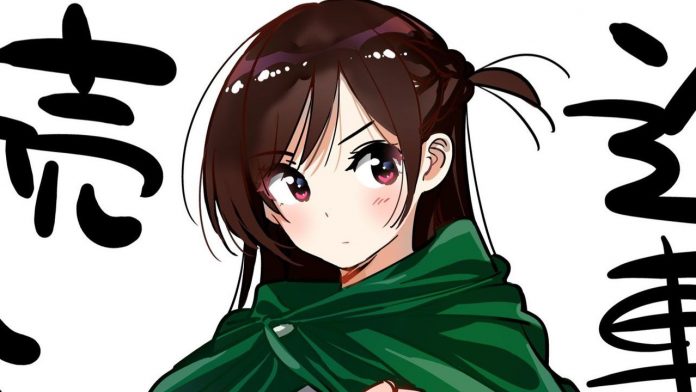 Reiji Miyajima, author of Rent a Girlfriend, has just I publicly thanked Hajime Isayama for his work with The Attack of the Giants, which ended after twelve years of serialization. The Japanese author celebrated the end of the work by creating a magnificent artwork that sees its protagonist Chizuru Mizuhara as a member of the Reconnaissance Army.

The Attack of the Giants is set to become one of the most important works in the history of Japanese entertainment, and in the next few hours we can expect many other tributes from other mangakas. Below you can take a look at Miyajima’s stunning illustration, awarded by fans with over 30,000 likes.

Rent a Girlfriend is currently underway with over 8 million copies in circulation, definitely less than those of The Attack of the Giants, but considering the genre and scope of the manga we are still talking about a very important result. Furthermore, both series will return with an anime series in 2022, in winter the work of MAPPA and shortly after that of TMS Entertainment.

And what do you think of it? Do you like Miyajima’s color sketch? Let us know in the comments! In case you would like to discuss with us the ending of The Attack of the Giants instead, you can take a look at our review of the Isayama manga.