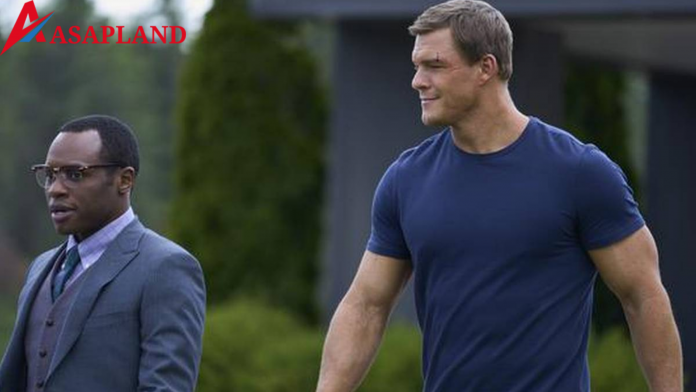 Tom Cruise insisted on portraying Jack Reacher in two films. The films managed to depict the character’s intensity and self-sufficiency to a large extent.

Cruise, however, lacked the mythological majesty that has traditionally differentiated Reacher from his action-movie rivals, notably his investigative counterparts.

Those Cruise films are superb thrillers, especially the first ones, but they aren’t any movies of Jack Reacher.

Jack Reacher is a retired US Marine who wanders across America like a nomad and becomes involved in a murder mystery in a tiny village in the middle of nowhere.

Reacher, a man with a solid moral compass, decides to investigate the case on his own since the stakes are too personal for him. The first season revolves around the first book by Lee Child, Killing Floor.

Jack Reacher is characterized as being extraordinarily tall and well-built in Lee Child’s works. He has “a six-pack like a cobblestone city street, a chest like a suit of NFL armor, biceps like basketballs, and subcutaneous fat like a Kleenex tissue,” according to the book Never Go Back.

READ:  My Dress-up Darling, Official: Fukuda's Outstanding Ecchi Comedy To Get An Anime!

That is Reacher’s unique selling point as a character. Others are intimidated when he walks into a room. Unfortunately, the role was first represented in the movie by a 5-foot-7-inch Tom Cruise who isn’t that built-up.

With its casting, Reacher has already won half the battle. Alan Ritchson’s physique, charm, and talent carry the show on his massive back. Alan is someone you’d cheer for and also be frightened when getting himself into grave danger.

This show revolves around Alan. However, he is well supported by a cast including Malcolm Goodwin, Willa Fitzgerald, and Bruce McGill.

The eight-episode web series format allows the filmmakers and writers to develop each character fully.

There are times when Reacher isn’t on screen at all, and you don’t notice because the other characters are so interesting.

‘Reacher’ and his reputation have gone through many transformations over the years, but this is by far the most thrilling: intriguing music, an unpredictable ending, and the great potential of coming up with prequels.

This eight-part series, however, should have gone through an entire cutting session. It’s not that it’s unbearable; it’s just that it takes a little longer than it should.

Reacher corrects many of the flaws in the previous flicks. It casts a man who resembles Lee Child’s image of Jack Reacher. Alan Ritchson is the same height as Jack Reacher, and he may have had to slim down for the role.

But Alan’s body isn’t the only thing he gets right. The concepts are taken seriously from the adaptation this time.

Reacher stands out from the crowd because it keeps true to the source material. Lee Child’s thriller series has sold millions of copies and is largely regarded as one of the best contemporary thriller series.

The series makes a good thriller by sticking to the plot points. Even the minor details are accurate, such as Jack Reacher’s mother referring to him as Reacher rather than Jack, as Lee Child described in his books. It’s a clue that the filmmakers took Lee’s words seriously. It’s effective.