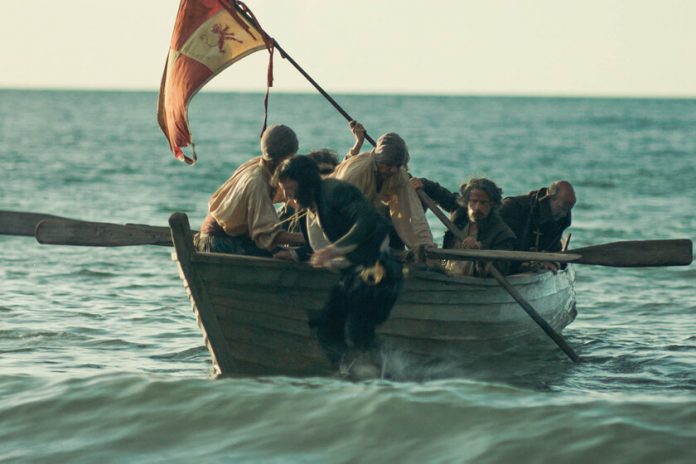 The first mistake we can make when entering ‘Exterminate all the Brutes’ is to believe that the new thing from Raoul Peck (‘I am not your Negro’) is a documentary at its purest word style. And it is not. Nor does he pretend. It is an essay and from here come the greatest virtues and defects of the four episodes that between today and tomorrow arrive on HBO Spain.

Once this is assumed – and, believe me, it does not take long for it to become clear – the exposition on colonialism, its origins and consequences, of the African-American filmmaker is unstoppable. Peck’s calm narrative records two things. The first is that, for him, this story is very personal, a passion project. The second is that this is his magnum opus and no one messes with it.

“There are no alternative facts”

Accompanied by multiple visual assets (from stock footage to animations and reconstructions / dramatizations), Peck’s speech jumps (perhaps too abruptly) from moment to moment and geographic point to geographic point in the history of modern colonialism. As soon as he is talking about the Belgian Congo in the s. XX as of the slaughter of the Seminole tribe in Florida of the XIX century or of the Europe of the XV causing a certain sensation of dispersion in the story.

READ:  Jack Ryan Season 3: Release Dates and More Updates!! Read All About It

But, although scattered, the documentary goes very head-on with its intentions to vindicate the facts (and discern their meaning) against what is told in history books. “There are no alternative facts” It will be the first great maxim of all those launched by the filmmaker in his proposal to expose History as it happened and not as it is told to us. Considering that the one who narrates the official history is the winner, the white man.

And the danger is not so much what the official history is, but the unofficial one: the popular story, what remains in the memory. Peck contrasts certain historical episodes with how they are told in the cinema (in the second episode, for example, he stops at The Alamo and its adaptation of John Wayne).

Mastering the story is important and aware of it, the filmmaker instills immense strength in his dissertation. The essay is hard and does not cease in its determination and criticism of the violence and supremacy inherent in the various episodes of colonialism that have been experienced throughout the world and in the history of humanity. Despite this harshness, the poetic infusion of the narrative lightens the tone.

READ:  Yu degli Ghosts: 5 secrets you may not know about the protagonist Yusuke Hurameshi

The choice of Josh Hartnett as the face of the colonizedAnonymous r that we see in different settings and times. In these dramatizations you can find what you can get the most out of the rehearsal since it is not quite clear what exactly we are seeing in this or that scene.

Peck, moreover, accompanies the documentary with his own life: how as a child they fled from Haiti, lived in the Congo, returned to the United States and how their interests and their obsession, so to speak, to explore the black / indigenous experience in different parts of the world were forged.

A somewhat scattered and pretentious tale 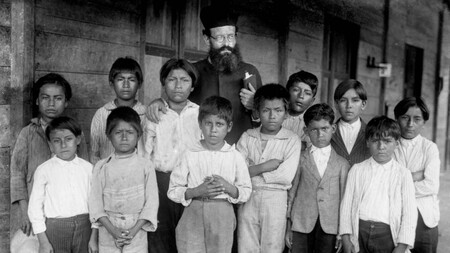 While that adds a nice layer of flavor to the documentary, there is a certain pretentiousness to the filmmaker’s exposure. As if it did not take into account that we live in an era of revisionism historical and he was the only being of light that comes to take off the bandages and open our eyes to a reality. Nor do I say that he is “preaching to the choir”, as the Anglo-Saxon expression says, but the “non-white” point of view that the documentary boasts is not so rare to see.

READ:  Release Date is known for Season 3 of 'Elite': It will return to Las Encinas in 2020 with Two New Students

Maybe that is the greatest magic of Peck’s work that, even when he does not reveal anything to us (little or much depending on the degree of knowledge of each spectator), he uses his work to propose a thesis of humanity devouring itself and how that story does not stop repeating itself (from those powders come the sludge from the rise of neo-Nazism).

In short, ‘exterminate all savages’ It is as powerful as somewhat manipulative (cheat, if you prefer), a commendable mastery of the narrative makes each installment glued to the screen with the hypnotic swaying of the images, the voice and the indefatigable exposition of the documentary maker’s thesis.