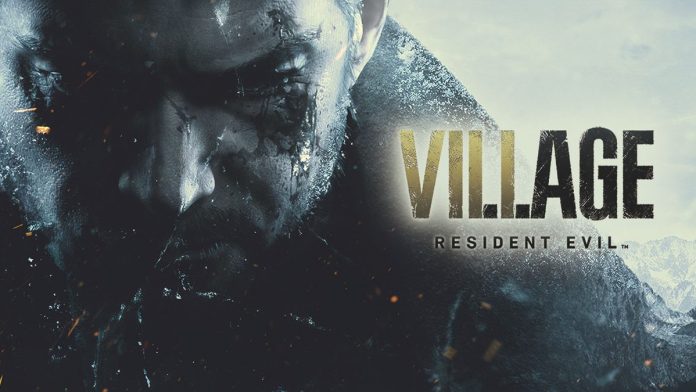 Every Resident Evil fan should have their calendar marked next May 7, because that day we will have among us Resident Evil Village, perhaps the numbered installment that has generated the most consensus and expectations in the last decade in critics and audiences.

But of course, that desire for a new installment, that common denominator that seems to have infected, as if it were a virus, practically all fans of the saga, does not appear overnight.

What hides behind that craving is a job very well done (over the last few years) by Capcom. The Japanese knew how to redirect the course of a saga that, despite continuing to operate in sales, seemed exhausted, lost, and aimlessly creative after its sixth installment.

Now, the RE Engine seems to have revolutionized more than just the technological part of the publisher’s titles, since right now almost all of its franchises are in enviable health.

In the case of survival horror, this is the fourth year in a row we received a Resident Evil And yet, between remakes and a numbered installment that was able to restore faith to the classic fan, this one seems to be in more shape than ever.

Nobody misses the vastness of the video game legacy of the saga, and with two months to go until its eighth installment, many of us are wondering what title to put on the console to appease the monkey. With nine major installments, eight numbers, and an immense amount of spin-offs, making that decision can be a bit tricky.

That is why today I am going to try to give you a hand by exposing some of the titles that, in my opinion, are Must-haves before facing the Village, both for lore and design influences, although there will also be room for more personal recommendations. We begin.

There is no doubt, the first installment is a foundational video game, a title that laid the foundations for all fiction that, over the years, would be gradually expanded.

In addition, the impressive remake of Game Cube was carried out with such artistic success, that visually it is still totally valid today. Resident Evil Remake introduces us to the Spencer family, the Umbrella Corporation, Jill Valentine, Chris Redfield, Barry Burton, and Albert Wesker.

There is nothing. If you have it pending, it is essential, and if you have not played it in a long time it is a very grateful title for second rounds.

READ:  What Does DTM Mean

Here we could easily place the original Resident Evil 2. But the work done by Capcom with the remake of the second installment is so good, that it seems logical that anyone who has not played it, comes across through this review, there will always be time to visit the original later.

The history of Resident Evil 2 Remake constitutes a point of no return in the franchise, the infection of an entire city, a catastrophe whose consequences are dragged throughout many titles, becoming tangentially related to the very end of Resident Evil VII.

Yes, I know what I’m doing, and no, I’m not a huge fan of the fifth installment. In fact, the first time I faced this video game I was pissed off like a monkey and left it halfway. But it turns out that, as we have all seen in the trailers, Chris Redfield is going to be a very relevant character in RE: Village.

Therefore, it is not a bad idea to approach one of the titles that develop the figure of the protagonist that has undergone the most changes throughout the history of the saga.

It is true that we also find it in other installments such as Revelations or Code: Veronica, but in this one, an arc drawn from the very first installment closes.

Resident Evil 5 allows us to delve into the figures of both Chris Redfield and Albert Wesker, as well as in the BSAA organization (Bioterrorism Security Assessment Alliance) y en el virus Progenitor.

And so we come to the title that is most closely linked to this Resident Evil Village. Resident Evil VII is, along with Resident Evil, the only installment that I think is truly essential before making the leap to the imminent eighth part.

This is so, in the first place, because both titles share a protagonist. Ethan Winters, which was introduced in this installment, will again lead the way in this new adventure. Therefore, the seventh chapter serves to locate the character and understand how he has been involved in all these series of biochemical experiments.

But it is also that, as the most experienced already detected at the time, the game leaves many clues and opens many doors called to connect his “isolated” fiction with the rest of the numbered saga. Something that we will surely see in May and that may have a lot to do with Chris Redfield.

READ:  Demon Slayer: Infinity Train and the case of voice actors' salaries, here's how much they earn

The adventures that Leon S. Kennedy lived in Spanish lands have little to do with what the plot of Resident Evil: Village seems to point to, it is true. But regarding the design, it is another story because If there is a game that this new installment seems to drink from, that is Resident Evil 4.

Here you will find open stages, forests, an isolated town, and even a certain flirtation with the gigantism that we have already been able to savor in the demo of this eighth part. Even the mythical figure of the peddler seems to have been recycled.

The inventory organization menu is also powerfully reminiscent of Resident Evil 4, and even on an artistic level, they seem to coincide in the predominant tones. A key title for understanding many of the decisions made at the Village.

These two installments repeat here for similar reasons. As we said at the beginning, Resident Evil Remake is the revision of a foundational video game that established the foundations not only of the franchise but also of an entire genre.

For its part, Resident Evil VII is the reinterpretation and adaptation of that formula to modern times, Capcom’s chosen path to restore some of its original spirits to the franchise.

As you do that, you don’t forget to collect some of the design trends that the independent scene brought to the genre at a time when his saga was “absent”. That direction is the one that Village follows. For all this and for the above, it is doubly advisable to have gone through these two video games before entering the next adventure.

To kill the wait

Now we enter titles that, despite not seeming essential for what comes to us in May, are totally recommended both for their quality and for allowing us to delve deeper into the figure of Chris Redfield.

And the first of them could not be other than Resident Evil Code: Veronica, the true third installment of the saga, a video game that does not have a number in its title because Capcom was accountable to a certain contractual document signed with Sony, and this video game was conceived for the Dreamcast.

Code: Veronica supposes the refinement of a formula. Leaving aside its leap to fully three-dimensional environments (something that takes its toll on a visual level today), This iteration is, for many, the best exponent of the classic side of the saga; both for puzzles, for level design, and for the plot, because presents one of the most interesting stories ever told in this universe. To top it off, the game stars Claire Redfield and her brother. Chris. One of the tops of the saga.

READ:  Ricky Gervais: "The Office Was Easier Than After Life"!! Read What He Actually Means!!

Here we come across what is perhaps the greatest technical exponent of Nintendo 3DS, a video game that took the machine to its maximum power and that was adapted, years later and in a fairly decent way, to its older sisters.

Resident Evil: Revelations was an oasis in the desert for many. At a time when the saga had acquired its more Hollywood side and was given over to the frenzy of action, It is spin-off came to the Nintendo laptop and won the approval of much of the classic community.

It is not one of the best titles, but it knows how to be competent, browsing a very complicated balance between calm and action at the same time that he makes really interesting contributions to the fiction of the franchise. What’s more, returns to starring an initial couple of the saga, Jill Valentine and Chris Redfield.

The latest iteration of Resident Evil, a title that came to us last year in the wake of its predecessor (just as Resident Evil 3: Nemesis did at the time). In fact, the modus operandi was similar, and this revision of the third installment rescued material from the second remake.

The result was also similar, and despite not living up to its predecessor, it is a very enjoyable video game with high production levels. A good adaptation of the original that follows in the wake of Resident Evil 2 Remake. Also, if you are one of those who are short on time, it is a title that is completed in a couple of afternoons.

So far our review and recommendations for preparing for the premiere of Resident Evil: Village. Considering the legacy of the franchise, I assume that I have left many that some of you consider essential.

As always, if so, I encourage you to share your opinion. Looking ahead to this eighth installment, if you’re wearing the infected jumpsuit, these are my recommendations. Less is left. Meanwhile see you in the mansion, in any of them.