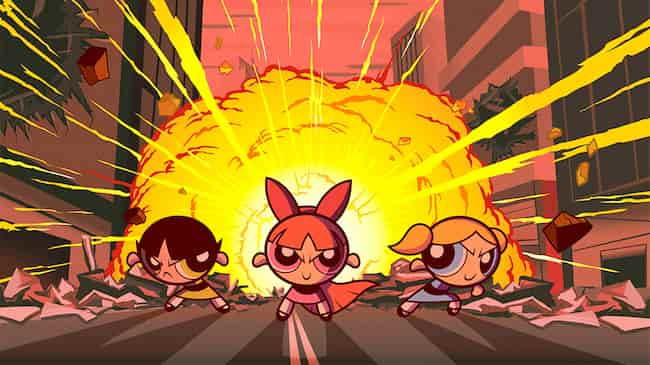 “The Powerpuff Girls”, one of the most popular animated television series will soon begin to fly again. As per our sources, there was confirmation about the live-action version of the Cartoon Network series to be in development. Yes, fans and followers were waiting for the new live-action version of their favorite CN animated series. “The Powerpuff Girls” is surely the series that teenagers and kids can look up at for entertainment and fun.

Live-Action Series “The Powerpuff Girls” To Be In Development Process

In the new and updated version of this animated television series, the superheroes will be now in their twenties. The titular heroes are resenting to have lost their childhood in hunting down the criminals and fighting them. They did spend most of their time helping others and saving their city from dangerous people.  The new live-action series will show the Powerpuff girls the biggest question of their lives. And, that will be “Will The Powerpuff Girls agree to reunite once again when the world needs them the most?”

The writers as well as producers such as Heather Regnier and Diablo Cody. Greg Berlanti, Sarah Schechter are trying their best to make this animated series more entertaining. David Madden will be the executive producer of this amazing series via Berlanti Productions. Warner Bros. Television will produce the new live-action Cartoon Network series which did premiere first in 1988.

It is remarkable that the original “The Powerpuff Girls” has Craig McCracken as the series creator. The series did have quite a huge fanbase since the first episode which did release on 18 November 1988. At that time, kids mostly wish to have really cool superpowers like Blossoms, Bubbles, and Buttercup. Professor Utonium did create elementary school-aged girls by combining sugar, spices, and other delicious things with Chemical X.

Also, CW is the platform that will bring the new version of “The Powerpuff Girls” to the audience. It will be indeed amazing and exciting to watch the three superheroes to fly again and fight with the criminals.

Batman: The Batcave is transformed after the tragic events of the Joker War

Batman: The Batcave is transformed after the tragic events of the...