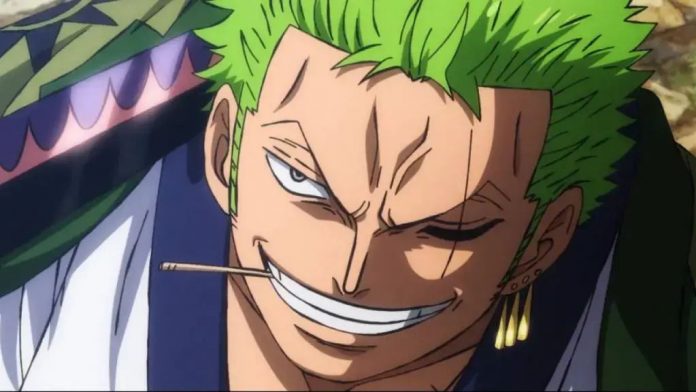 The War of Onigashima, which in all likelihood will bring to a conclusion the narrative arc set in the Land of Wa of the series ONE PIECE, is directly involving Luffy and Zoro in the incredible clash with the two Emperors Kaido and Big Mom, and in the last chapter published Eiichiro Oda has decided to show a new technique of the swordsman.

Undoubtedly this battle for supremacy on the ocean between old and new generation of pirates represents one of the most important revolts in the history of the Grand Line, and will certainly have repercussions on the future of the Mugiwara adventure and probably also for the crews of Trafalgar Law and Eustass Kidd, Luffy’s allies in the fight with the Yonko.

Before the spectacular conclusion of chapter 1010, in which the protagonist asks the others to let him face Kaido directly, Zoro managed to inflict a great wound on the captain of the Pirates of the Hundred Beasts, exploiting, albeit unknowingly, the Ambition of the Conqueror King. As you can see in the post below, the swordsman delivered an extremely powerful blow, called Dead Man’s Game, leaving both the Emperor and Law particularly surprised. Kaido himself asks if Zoro is able to use the “Color of the Conqueror King”, but the exhausted opponent admits that he does not know what he is talking about, and that he used all his strength in that one attack, hoping he had done enough to give the others a chance to continue the fight.

This is a major upgrade that brings Zoro closer to his dream of becoming the greatest swordsman in the world. Recall that Nico Robin was honored with many cosplay of the Italian Giada Robin, and we leave you to the predictions regarding chapter 1011.