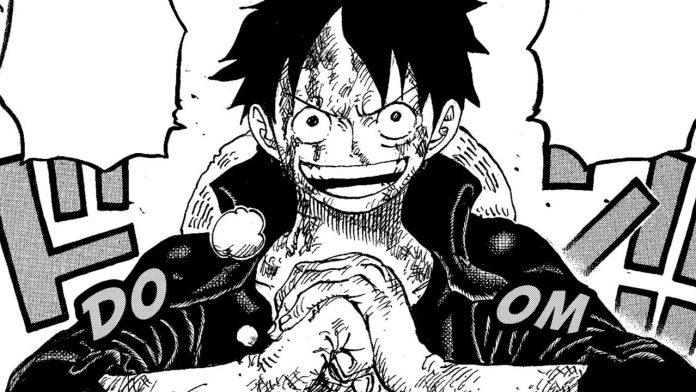 The battle of Onigashima keeps you in suspense. The clash between the Mugiwara and the pirates of the Hundred Beasts is getting more and more intense, and even their respective captains are giving it a good reason. Luffy and Kaido are fighting on top of the island’s skull, with both ready to give their all.

In chapter 1010 of ONE PIECE we saw a sensational and unexpected confrontation between Haki, given what had happened in the past issues. Luffy, recovered, has understood what is the true source of the power behind the attacks of the emperors. Using the words of Hyogoro, in addition to the Haki of the Armor he also manages to insert his Haki of the Conqueror King inside the shots.

But now it’s time for Eiichiro Oda to pause, which leaves the developments of ONE PIECE 1011 in suspense. The next chapter will be published on MangaPlus on Sunday 25 April at 6 pm, but what will happen? As with the last cliffhanger when Kaido transformed into his hybrid form, it is possible that Eiichiro Oda decides to completely change the scene.

READ:  Dragon Ball Z: five secrets you may not know about Super Saiyan 3

It will then touch wait even a month before seeing Luffy in action again, while for now there may be a deeper look at the state of Zoro and Law, as well as the Kid and Killer facing Big Mom. Not to mention that on the lower floors there are other fundamental battles to be won and Zoro and Law could join to the mass of pirates and samurai to defeat those of the hundred beasts.