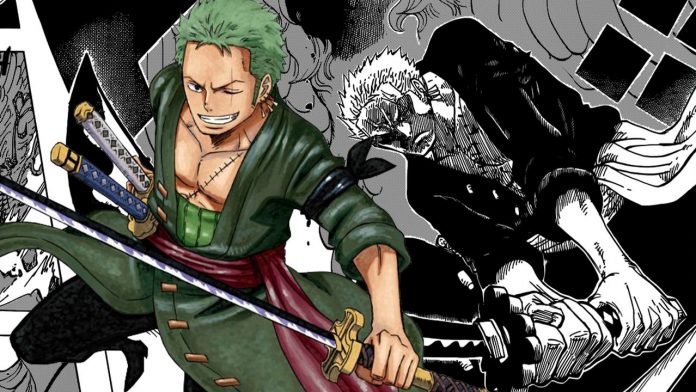 The battle that is taking place in Onigashima will lead all the protagonists of ONE PIECE to make the most of their abilities. There are no more enemies to keep under your feet, on the contrary, in front of Luffy and his companions there are the strongest pirates in the sea, in particular the two emperors Kaido and Big Mom. Mugiwara will then be forced to evolve.

From chapter 1008 of ONE PIECE we returned to view the battle that is taking place on the dome of Onigashima, the one between Luffy, Kidd, Law, Zoro and Killer VS Big Mom and Kaido, with the latter having finally reached the hybrid form of its Zoo Zoo fruit.

The quintet, with various tactics, managed to separate the two pirates and thus prepares for two different clashes in ONE PIECE 1010. A staying with Kaido are Luffy, Law and Zoro, but Mugiwara is down and is in danger of dying from the emperor’s blow. Zoro intervenes and, using the Ashura, hits Kaido with a blow that even wounds the emperor and that will surely cause a scar as happened after the lash of Oden decades earlier.

READ:  Juan Gómez-Jurado signs for Amazon: the novelist will create new series and films for the platform

After falling to the ground exhausted, Zoro is at the mercy of Kaido, but the emperor does not understand the wound. Apparently indeed Zoro is in possession of the Conqueror King’s Haki, the same used by the strongest pirates. Because of this, his shot was able to scratch Kaido’s hard skin. A sensational power up for Zoro that, if used properly in the future, will really lead him to be one swordsman stronger than the seas of ONE PIECE.