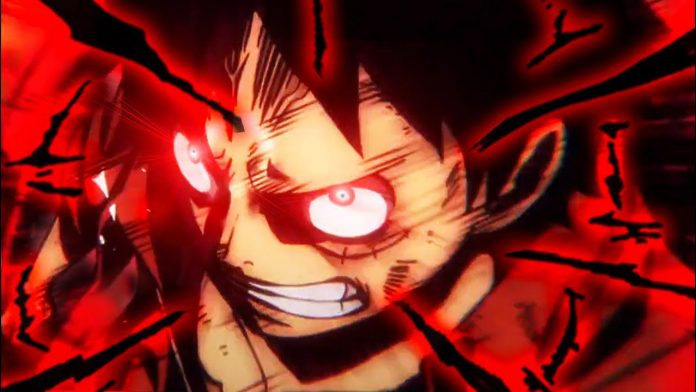 The young pirates on the dome of Onigashima had been by now cornered by Kaido and Big Mom, with the two piracy giants using their full power. The goal was therefore to separate the Yonkos in ONE PIECE 1009 and the tactic was successful. Now what will happen in the manga?

As predicted by the first spoilers of ONE PIECE 1010, the chapter opens with Pudding dedicated to using a little eye drops, as do her friends objects. But the highlight is of course the rest of the chapter: Luffy was defeated by Kaido, with the straw hat pirate on the ground with wide open eyes and white, unconscious. Kaido complains about Big Mom’s weakness and attacks Zoro allowing Prometheus to regenerate and go to save the empress.

Law takes over for Zoro and attacks Kaido, who finds the surgeon’s abilities annoying. Meanwhile, Law and Kid go to Big Mom: they will be the ones to take care of her, while something strange is happening in the sky. After hitting Law with a violent attack, Kaido wants to finish Luffy but Zoro intervenes. Taking advantage of Ashura, Zoro wounds Kaido with a powerful attack which, however, leaves him without strength. In this case Law fails to intervene and both are knocked out by the Emperor’s Raimei Hakke.

READ:  The manga Sono Bisque Doll wa Koi wo Suru will have an animated adaptation

Luffy, however, wakes up and realizes why Kaido’s attacks are so powerful and why the emperor is taking little damage. Thinking of the teachings of Hyogoro, Luffy realizes that in his attacks he must also transmit the Haki of the Conqueror King, the most powerful. From then on Luffy will launch several attacks on Kaido, injuring him in a major way. After reassuring Zoro and Law by telling him to leave everything to him, he prepares him clash at the top of the world of ONE PIECE.