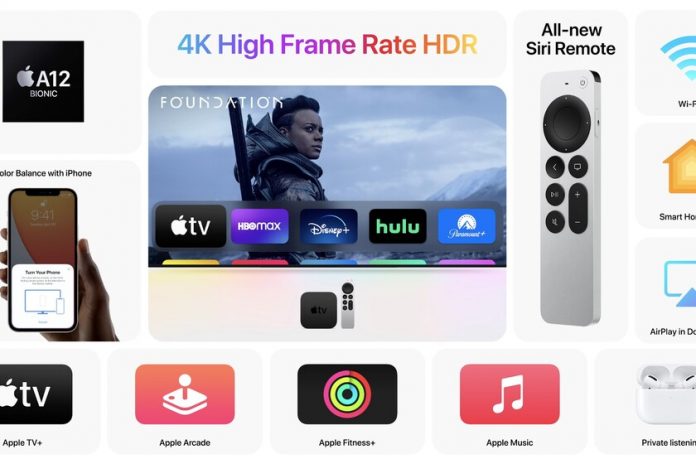 In yesterday’s keynote Apple introduced us to the new Apple TV. A device that, as happened with the AirTag, there were many things to say. Now with a little more calm we can talk about several important details of the new set-top box of the company.

One of the main attractions of the new Apple TV, apart from the renewal of its internal components, is the new Apple TV Remote. A device that we can buy independently on Apple website for 65 euros. The remote is compatible with all Apple TVs that run tvOS, so it can be a good addition if we already enjoy the 4K variant of the set-top box. 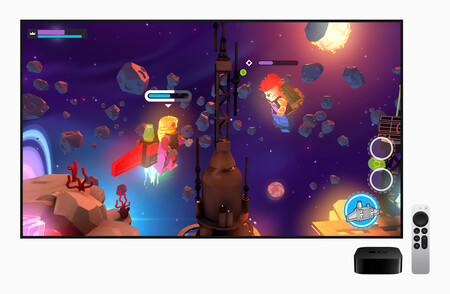 Along with the arrival of the A12 processor, Apple has greatly improved the connectivity of the new Apple TVs. These new devices arrive with support for Wi-Fi 6 connections with MIMO. A technology that will allow us to improve the speed of Apple TV, reduce latency and, in general, increase the capacity of the network.

READ:  the new of iOS 14.5 is used so that the apps do not track us more than necessary and that is how it works

In addition, the new Apple TV offers us support for Thread networks. What we can baptize as the Mesh network of the Internet of Things, offers us an unprecedented speed when it comes to acting through HomeKit. Let us remember that both the HomePod mini, which already enjoys this technology, and the current Apple TV, act as central accessories in our house.

Finally, this Apple TV comes with support for HDMI 2.1 connections, which means that it is capable of sending the signal of video in 4K at 60fps and in HDR. Something that after the discovery in the code of the support of 120Hz of refresh rate represents a very substantial change in the quality of the images. 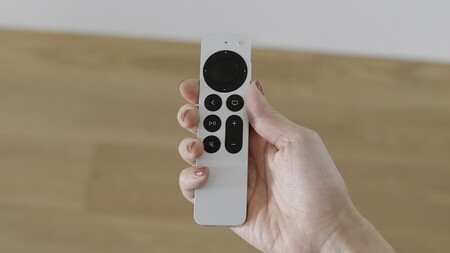 U1 chip in the Siri Remote 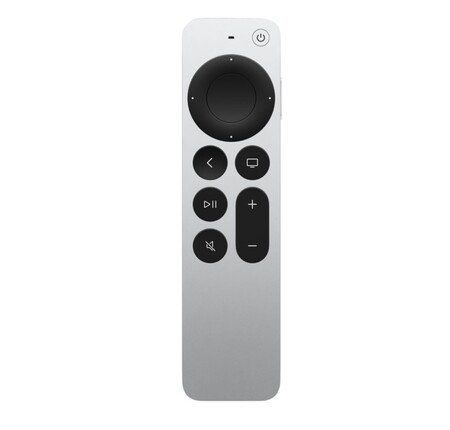 A few months ago we heard rumors that the Siri Remote would have the U1 chip to be able to locate the remote if it was lost. Apparently Apple has decided not to include this component in the Siri Remote, so, as far as we know, the remote is not compatible with the Search app. A functionality that would have been welcome, but whose lack neither does it overshadow the renewal that this command represents for our Apple TV. 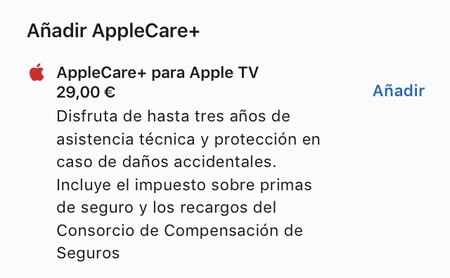 AppleCare + coverage comes to Apple TV for the first time. For a price of 29 euros we can enjoy up to three years of technical assistance, as well as protection against accidental damage. An interesting addition to the AppleCare that was offered until now and that did not cover this kind of damage.

It is clear that the Apple TV is catching up with this update. A really interesting new command that allows us new gestures and ways to interact with a much more powerful and capable Apple TV. Cinema.