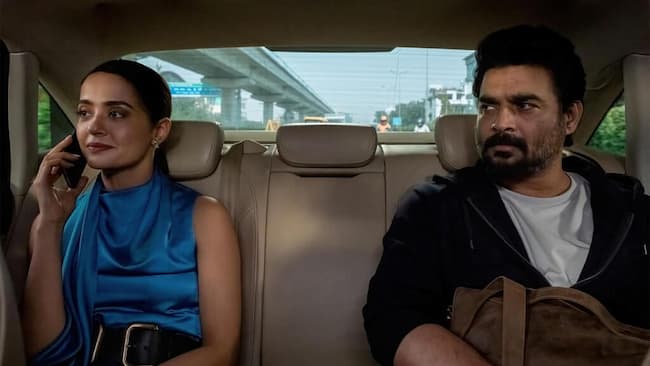 Netflix is one of the leading producers of web series worldwide. Initially, they started publishing web series that were produced by other producers. They bought the best series and published it on their platforms for their subscribers.

Even before the pandemic they felt that there is a huge demand for web series and started to produce their own web series.

Initially, they have produced Hollywood web series, and now after the pandemic due to the great rise in demand for web series Netflix has started to produce Indian web series under the banner Netflix Originals.

One such most awaited Netflix original web series in India is the Decoupled Web series. The hype of this web series is mainly because of the awesome cast in the web series. The Three idiots fame R. Madhavan starring in the lead role with Surveen Chawla as the female lead.

Many other famous casts are also starring in the web series. This pair is very fresh and even before the release of the web series the hype is really high to see the pair.

Everyone is eagerly waiting for the release date. Rumors are that they are planning to release the web series around the end of 2021.

The story of the Decoupled web series revolves around two couples who are on the edge of getting a divorce but staying together for just their 8-year-old kid. They don’t want him to get shocked by their separation. R. Madhavan acts as a writer and Surveen Chawla acts as a successful corporate employee.

The differences between them cause them to fight so often. The lead role R. Madhavan openly announces that he no longer wants to live with this wife and the series covers the events that unfold after this event.

All the episodes travel around the way the couple tries to repair their relationship and stay together.

Cast and Crew of Decoupled

As Said earlier R. Madhavan acts in the lead role and Surveen Chawla acts as a female lead. This web series is directed by the well-known director Hardik Mehta.

One interesting fact about this web series is that Mr. R. Madhavan is not the first one to get booked for the lead role in this web series. Before him, actor Akshaye Khanna was signed up for this role.

But Since Akshaye Khanna had few issues with the script and the production team he wished to leave and then finally they have signed up Actor Madhavan for this role. Madhavan will really be a perfect choice for this role.

When does the Decoupled trailer will be released?

Still, there are no announcements about the decoupled trailer. The web series is still under production. I Hope Netflix will announce the trailer release soon. But still, you can catch a glimpse of the web series in the upcoming videos list released by Netflix India.

There you can get a sneak peek of the look of Madhavan and Surveen Chawla in the video. Along with the fans we are also waiting for the release date announcement and the trailer launch.