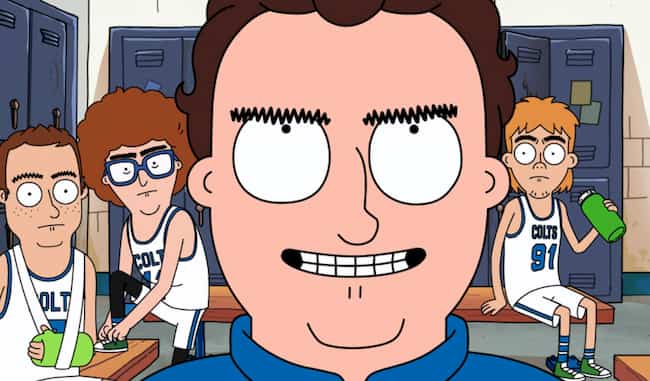 Ben Hoffman, creator as well as showrunner of the new and latest series on Netflix “Hoops” talks about the animated nudity. He also speaks up about the hilarious sex song related to the animated series.

Netflix, the streaming giant, is a great help to each and every person during the quarantine days due to the Coronavirus pandemic. There are so many amazing and thrilling TV shows and movies to watch on Netflix. But now, there is one more animated sitcom series to entertain the viewers. Yes, we are talking about the new animated sitcom “Hoops” which you will think of it as a run-of-the-mill comedy. It is all about Jake Johnson’s basketball coach who considers himself to be unlucky. The unlucky basketball coach realizing and finding the motivation to lead his team to a championship is indeed amazing.

Most certainly, that is what you must have thought about this animated sitcom series at first glance. But it is not the kind of show that everyone imagines. “Hoops” is one of the most hilarious cacophonies of foul characters who are blaring foul language. If we consider the actual fact, the disrobing of the character gets arguably every time with the most animated characters. The adult animated sitcom series did premiere recently on August 21, 2020.

READ:  DOTA: Dragon Blood is coming to Netflix on March 25

As per the reports, when Ben Hoffman, the series creator or showrunner was asked about the process to reach Netflix. Ben Hoffman speaks about the animated nudity and dealing with Netflix for such scenes. In an interview, there was a mention of the Pixelated Penis mandate which was probably in reference to episode 5. That episode features a terrible VHS music video along with Ben nude in the shower.

Watching “Hoops”, you can also see Ben and Natasha’s not so little sexual chemistry as she was constantly trying to get a divorce. Signing the divorce papers in episode 9 leads to a sexual encounter and a hilarious slow jam. Thanks to the slow jam, viewers will not have to watch them have sex which is what the sex song is all about in the sitcom. Overall, “Hoops” is indeed an adult sitcom series that you must watch at least once.