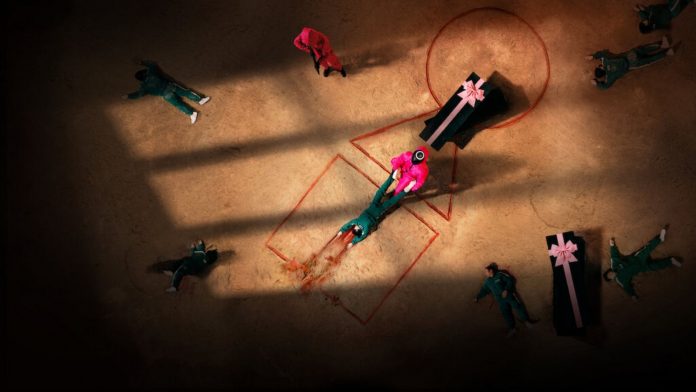 Netflix Has Officially Confirmed The Return Of The Squid Game
2021 was definitely a year for the best shows from all around the world. We had come across some of the most exemplary plots, underrated actors, and the best visuals.

If you keep up with Netflix shows, there’s no way you have not watched Squid Game. The dark Korean drama was among the top series that premiered in 2021.

The Return Of The Squid Game Release Date

While some fans were gushing over Jung Ho-Yeon, we were acquainted with the player no. 199, Ali Abdul (Anupam Tripathi), the humble character that struck our hearts.

Despite all the love for Squid Game, season two was far from confirmation. However, the good news is that Netflix’s co-CEO has confirmed season 2.

Is Sarandos spoiling something huge? He said that the Squid Game universe has more to offer than just being an aspect for binge-watch. We recently came across the Netflix x Squid Game merch which is probably sold out by now. Hence, could we expect a gaming universe? It seems like an obvious option to us.

Back in November, Hwang Dong-hyuk, The Squid Game’s creator and director, had mentioned that the show would return for a second season, given that it was such a banger all across the globe.

He also gave some hints on the potential plot of season 2, alongside the unofficial confirmation. Last month, Hwang was also hinting at the renewal of the third season of The Squid Game.

Although it seems we might not really get any revelations just yet. The official announcement from Ted seemed like a significant victory for The Squid Game fans.

Besides the official announcement, we are also curious if the familiar cast would return for the second season. The Squid Game has been a game-changer for the entertainment industry in South Korea. Although the Hulu wave was hitting all of us, The Squid Game seemed to add more recognition to this industry.

READ:  Love After World Domination manga revealed to get anime

The Squid Game season 1 was undoubtedly one of the most significant phenomena that the world came across. With almost one billion views on Netflix, Squid Game remains the most-watched series on the streaming giant.

It has been topping global charts ever since the first day of release. Even if we are not confirmed of a release date, let us hope that The Squid Game season 2 is out as soon as possible. Till then, let’s stick to the updates from the team.