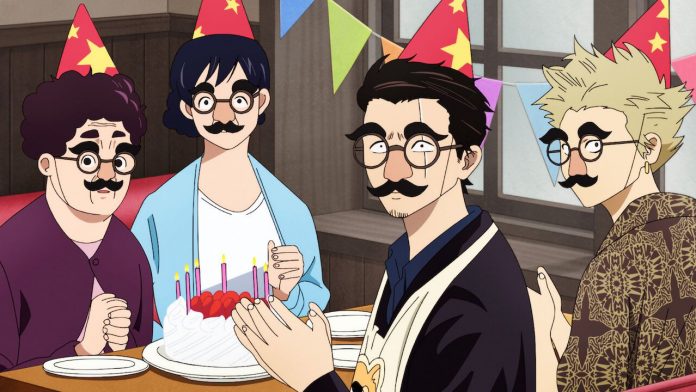 March was a very interesting month for Japanese animation fans: we got to see the series Pacific Rim: The Dark Zone (here you can find our review of Pacific Rim: The Dark Zone), inspired by the film by Guillermo Del Toro, and the long-awaited second season of B: The Beginning. April, however, does not seem to be less interesting: in fact, some of the Netflix-branded anime announced last year and Italian exclusives will land. After taking a look at what the Netflix TV Series Catalog of April 2021 offers us, it’s time to see what Japanese animated productions are coming up during the month.

The way of the apron – the homemade yakuza (April 8)

Taken from the homonymous manga by Kosuke Ono (published in Italy by J-POP starting last July), The way of the apron – the homemade yakuza follows the events of Tatsu, a yakuza criminal feared both by various Japanese clans and by the most daring police officers. Tatsu, in fact, managed to defeat an entire rival gang by himself, armed with a lead pipe; for this reason it is known in the world as “The Immortal“. 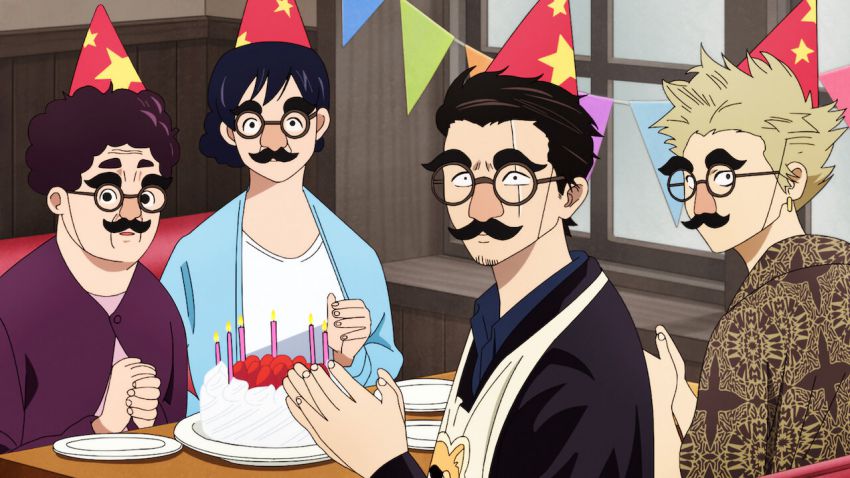 Despite his fame as a criminal, one day the protagonist decided to leave the environment permanently to change his life: he managed to find a wife and wants to be a perfect housewife. Soon, Tatsu realizes that even life at home has its difficulties, from managing shopping at the supermarket, to constant failures in front of the stove. Tatsu, however, was unable to put aside the gruff and threatening character that made him famous in the yakuza: this is the basis of various comic situations and misunderstandings that will involve him.

The way of the apron – the homemade yakuza is made by the studio J.C. Staff and will also be available to stream with dubbing in Italian.

About 800 years before the start of events, the warrior god Xie Lian it was much loved by the citizens and was known as the Principe Ereditiero di Xianle; however, following a series of unfavorable circumstances, he was banished from Paradise. Now, Xie Lian has returned for the third time to the Celestial Realm, but as a low-ranking deity, with no followers before him. 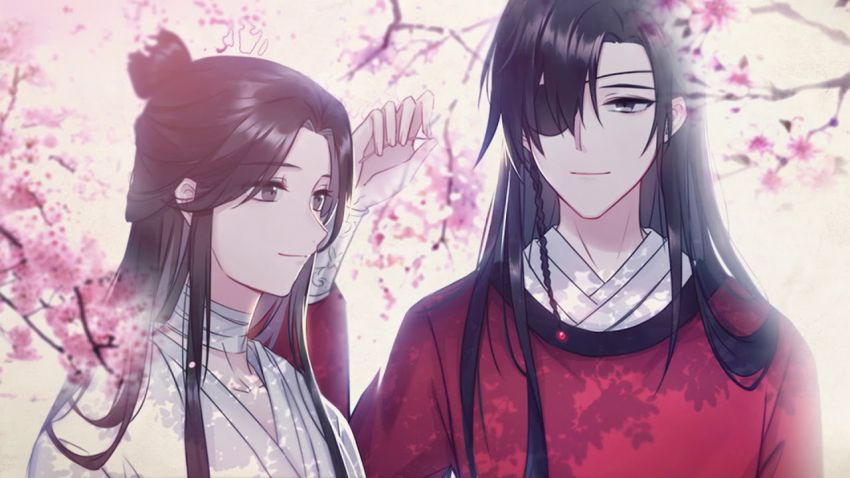 One evening, the god is lost in a forest lit only by the moonlight; he is rescued by a mysterious man in red, who takes him back to the road, only to suddenly disappear in a swarm of silver butterflies. Fascinated by the mysterious figure, Xie Lian discovers that it actually is Hua Cheng, the Ghost King, feared by both demons and other deities, but cannot understand why he helped him.

The protagonist asks for advice from Sang Lang, a young man who knows Hua Cheng well and the now forgotten Crown Prince. Xie Lian embarks on a journey with Sang Lang to rediscover its lost past.

Heaven Official’s Blessing, based on the Chinese novel of the same name, is a series that aired from last October until January, for a total of 11 episodes, and four months after its conclusion it arrives in Italy, exclusively on Netflix, but in Italian original and with subtitles in Italian.

In 1969, the mangaka couple known as Fujiko Fujio created a character that quickly entered the hearts of millions of people: Doraemon. 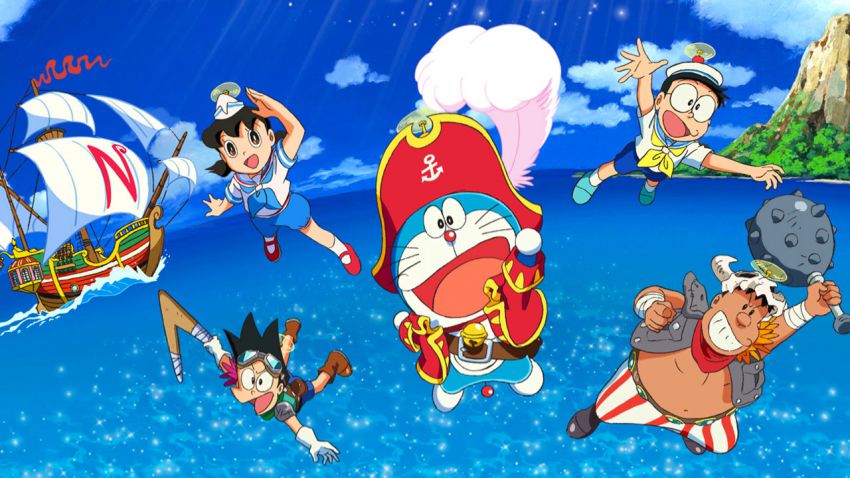 Nobita Nobi he is a generous child, but also lazy and unfortunate. One day the robot cat enters his life Doraemon, who came from the future to help him solve his problems: even if the mission is more difficult than expected, the robot cat has at his disposal a vast arsenal of gadgets that he extracts from a four-dimensional pocket. Sadly, Nobita fails to make good use of Doraemon’s gadgets and more often than not gets into trouble.

READ:  What Ethnicity Is The Rock?

The success of Doraemon also came thanks to the animated series, especially the one that aired from 1979 to 2005, which arrived in Italy in 1982. At the moment, the third animated transposition of Doraemon is still in progress, which began in 2005. 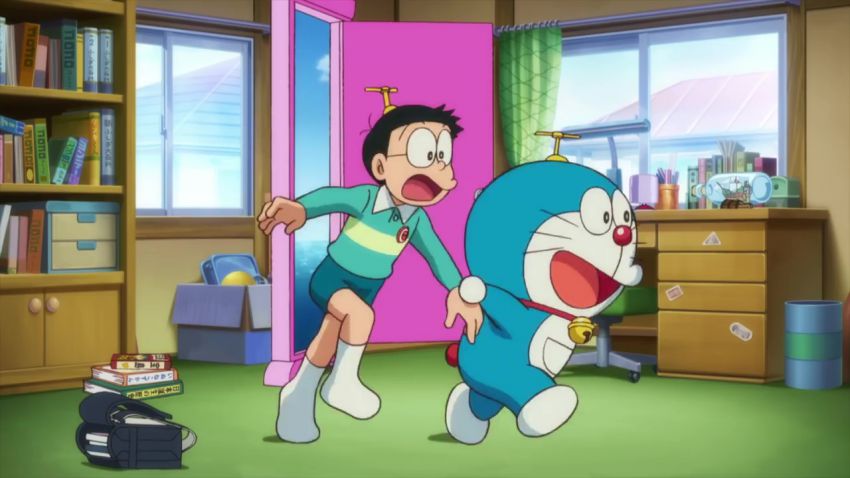 Given the success of the series, the animation studio Shin-Ei Animation has made numerous films, but the most recent arrive on Netflix, also distributed in Italy: Nobita and Treasure Island, e Nobita and the chronicles of the exploration of the Moon.

In the first feature film, Nobita and Doraemon set sail for the Caribbean Seas, accompanied by their inseparable friends Shizuka, Gian, and Suneo: obviously, the protagonist is the ship’s captain and has to face numerous enemies. Unexpectedly, Shizuka is kidnapped. 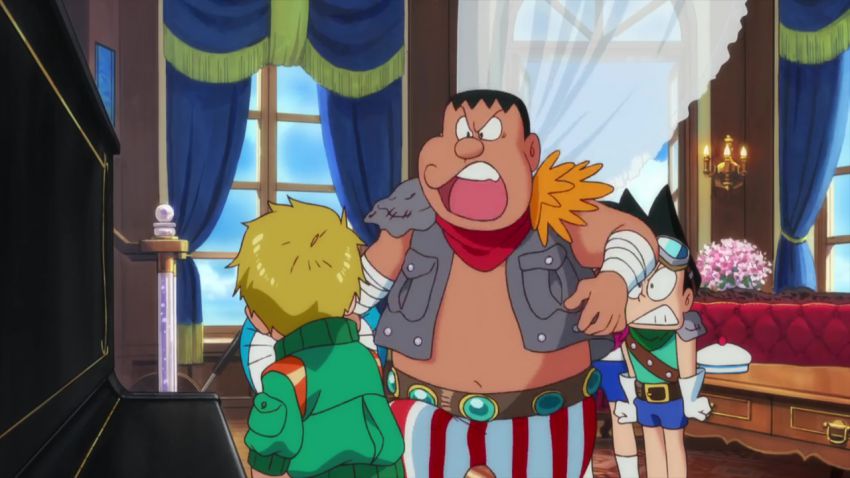 A storm tries to slow Nobita and the others, but they still manage to reach theTreasure Island, where the friend is held prisoner: soon, they realize that this is not a simple island.

In the second film, however, Nobita meets Wound, a student who has recently moved into his class. The two firmly believe in the existence of rabbits on the moon: Doraemon then creates a village on the satellite. Nobita and Luka reach the moon, using one of the robot cat gadgets and discover that there are mysterious boys able to use the “espal” power.

Yasuke, whose real name was Yusufe, was an African slave who arrived in Japan in the Sengoku period. Oda Nobunaga he was hit by the man and wanted him in his army, because he knew he would frighten and disorient the enemies. Thanks to the warlord, Yasuke became a samurai and remained loyal to his master until the end.

The anime coming in April, created by the collaboration between the MAPPA studio (the same as the fourth season of The Attack of the Giants) and LeSean Thomas, creator of Cannon Busters (here is our review of Cannon Busters), takes the figure of the samurai Yasuke, but in a sci-fi key. 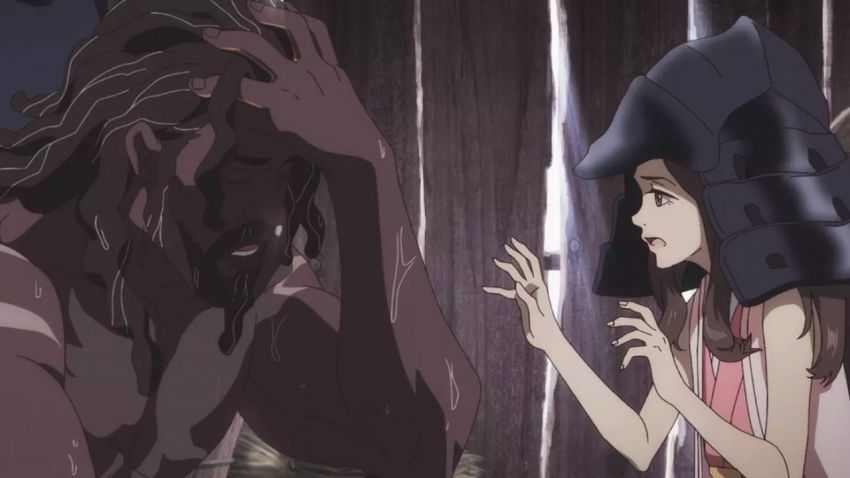 The series, in fact, is set in a world ravaged by wars, characterized by mecha and magic. Yusuke, now a ronin, tries to lead a peaceful life after a turbulent past, but one day he is called to brandish his katana to defend a child who seems to have attracted the attention of bloodthirsty generals and dark forces.

After a long wait, we can finally find out how the War of the Holy Grail: Dynit will distribute Fate/stay night: Heaven’s Feel – III. spring song exclusively on Netflix, with Italian dubbing.

Shiro Emiya he was still a child when he was rescued by Kiritsugu Emiya from the calamity that destroyed the city of Fuyuki, during the fourth war. Shiro is now a student who one day witnesses the clash between two mysterious figures: this event marks the beginning of his adventure.

The protagonist finds himself involved without his knowledge in the fifth War of the Holy Grail: a clash in which seven wizards, Master, evoke the heroes of the past, Servant, to fight each other for the Holy Grail, an ancient relic capable of granting a wish of the victor. Shiro summons the Servant To know, one of the strongest, but is still inexperienced in the use of magic. Meanwhile, mysterious deaths occur in the city.

After making the series of Unlimited Blade Works, adaptation of the second “path” of the visual novel Fate / stay night, the ufotable studio has curated the film trilogy focused on the third route, Heaven’s Feel, lthe most gloomy and macabre.

Between novelties and exclusives, April promises to be interesting. At the moment these are the anime coming up during the month, but in case of further additions we will keep you updated. Which title are you most waiting for?