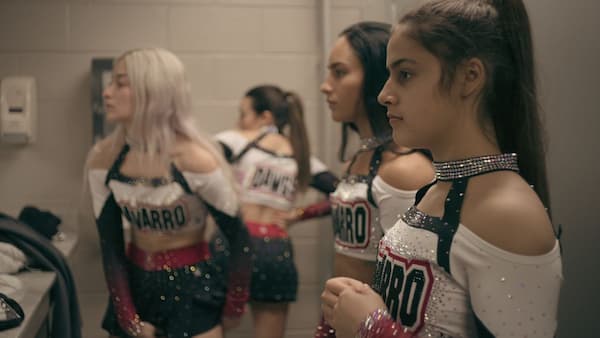 Netflix And The Navarro Squad Is Ready For Cheer Season 2- What Can We Expect?

It seems that the air in Texas Community College is turning into a pool of scandals. Monica Aldama, the tough coach of the infamous cheerleading squad Navarro, rakes immense pride in her cheerleading team.

The series of circumstances vary. From appearing on Ellen’s to interviewing Brad Pitt, the sensational cheerleading team seems to have it all. All except the adverse surroundings where youngsters are judged, neglected, and called immaturely.

The second season is all about the fallout of the Navarro squad as their star member Jerry Harris is brought to attention for all the wrong reasons.

Cheer season 2 revolves around the allegations imposed on Jerry Harris as he is suspected to be involved in sexual relationships with minors. Apart from that, he is charged for the production of child pornography.

After Harris had the breakout in season 1, with his passion for cheerleading and sad backstory, he was arrested for such allegations in September 2020.

READ:  When will Season 9 of Shameless aired on Netflix?

In Cheer season 2, we are introduced to the rival team from Trinity Valley Community. The Navarro squad and their rival were looking forward to the National Cheerleaders Association Championship.

Having no option, the team returned to Texas in 2021. The team had to be confronted with an unavoidable failure of the Daytona Championship, and the allegations pressed on their beloved teammate.

Cheer season 2 was a clear depiction of the worst-case scenario for the Navarro squad. Within a few months, all of their dreams crashed with an uncalled pandemic and the arrest of Jerry Harris.

The entire two years of hardship and disappointment are wrapped within the nine episodes of the second season.

The struggle is natural for the Navarro members as they suffer a devastating period in isolation. Breakdowns follow a train of mental exhaustion while the squad tries to get back on track.

Apart from the cheerleading community, the show is relatable to many young minds. Becoming a grownup is not an ideal path, and teenagers know that much.

Keeping the glamour aside, the kids of the Navarro squad are young people who are neglected, objectified, and misjudged. Well, there is a certain price you pay for everything good and prosperous you have achieved.

Season 2 of the docu-series Cheer premiered on Netflix on 12th January 2022. After a fantastic first season, the renewal brings us the dark side of glamour and spotlight. Each of the nine episodes warps the devastation of the Navarro team in such a critical stage.

Cheer season 2 introduces us to the vulnerability of cases like sexual abuse, mental trauma, and problematic teens. In the span of 9 episodes, there is a chance that you will end up feeling broken by the state of the team.