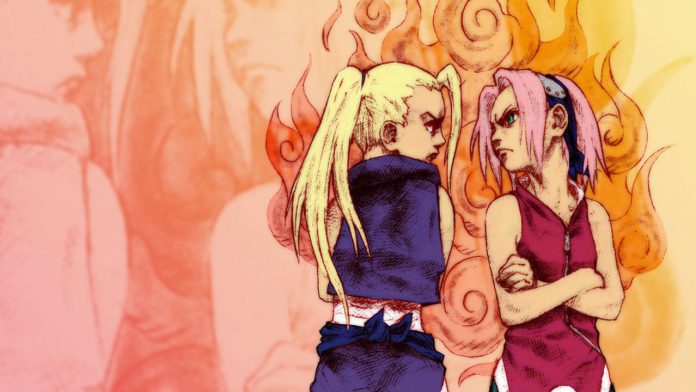 Since the beginning of the Naruto manga, Masashi Kishimoto has presented us with many rivalries. obviously that cornerstone of the whole series was between Naruto Uzumaki and Sasuke Uchiha, a clash of personalities and ideologies that eventually materialized in several battles. But there were other rival characters around them.

In team 7 there was also Sakura Haruno who repeatedly had to face the fascination for Sasuke of the other ninjas. In particular, there was Ino Yamanaka trying to conquer Uchiha, and the two who were friends as children began to feel a strong rivalry towards each other. The girls then faced each other during the Chunin Tournament, in the extra phase that served to skim the participants in view of the third test.

The Naruto enthusiast and illustrator Memo110 has decided to immortalize their eternal rivalry in a fan art that you can view in the tweet at the bottom of the news. Taking up the appearance of Sakura Haruno and Ino Yamanaka during Naruto’s early story arcs, Memo brings to mind the rivalry of the two that ended with punches in the arena. At the end of the series, however, it was Sakura who conquered Sasuke and thus won the love challenge with the other kunoichi.

READ:  How To Get Around Netflix VPN Block Reddit?

Have you ever thought who would win the Chunin tournament without interruption?