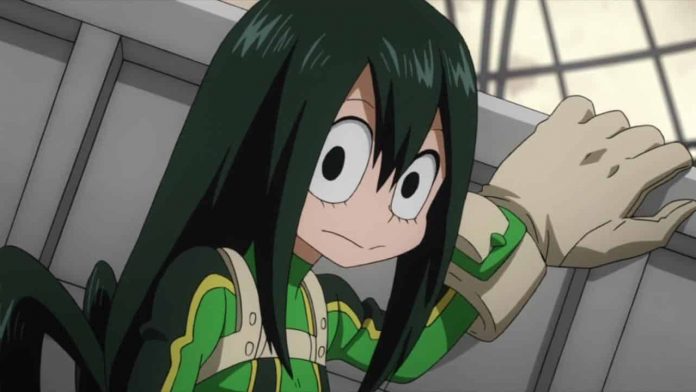 The battle of the young heroes has begun. After the surprise for the return of Shinso in the third episode of My Hero Academia 5, it’s time to start the dances. Class 1-A and Class 1-B will have to face each other in five battles, each with different members, with each challenge being won by whoever captures the most members of the rival team.

Shinso immediately entered the game in the first match, this time alongside the 1-A. The section of the protagonists of My Hero Academia that we are now used to seeing in action found against a rather difficult group and this required the use of various skills. TO retrofitting an old skill was Tsuyu Asui, whose contribution was fundamental.

To reduce the ability of opponents to control the territory, Froppy used his “Toxic Mucus” ability in My Hero Academia 5×04 now available on Crunchyroll. With this facet of his quirk, Tsuyu Asui is able to secrete a slightly stinging liquid that also carries his smell. For this by using it on the other members of her team she managed to upset the tracking abilities of the boys of 1-B.

READ:  "Keeping Up With The Kardashians" Is Going To Be On Netflix? Read About The Details!!

From here on, also taking advantage of Shinso’s abilities, the 1-A of My Hero Academia has seen the road smoothed. The clashes will still be full of surprises but also of confirmations.