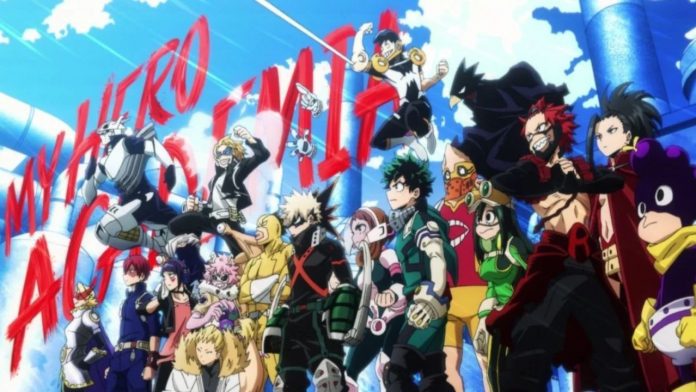 The latest chapters of the manga have resulted My Hero Academia towards an increasingly gloomy and dark direction. Say goodbye to the carefree early days of Yuei High School Class 1-A to welcome the more mature Class 2-A.

The War Arc has brought the society of heroes to confront one unprecedented crisis. Following the clash with the Supernatural Liberation Front, the population has lost faith in the Pro Heroes, who are guilty of not being able to stop the villains.

Those who were supposed to replace All Might, have miserably failed. Due to Dabi, Endeavor and Hawks find themselves at the center of a media cyclone. But the Number One Hero has taken on all the responsibility and is determined to raise the situation.

In the meantime, they have been to Yuei High School big news. After awakening from a coma, in which he reunited with previous owners of One For All, Deku decided to drop out of the hero course for the sake of his companions. By now the villains have put him in their sights and his friends would suffer the consequences of his special power.

Furthermore, the time skip carried out by Kohei Horikoshi, albeit short, has brought substantial news. With the time jump, a new school year began at UA Highschool. Class 1-A is now became Class 2-A and the Big Three formally graduated, becoming professionals.

This information, passed on the sly, was leaked from the conversation between Shindo and Nakagame, a couple of young heroes of the Ketsubutsu High School. The two have indeed claimed to be third year students, but when they were introduced they were in the second year of high school.

This time skip could probably lead tointroduction of future promises and new aspiring heroes. Will we ever get to know the new Class 1-A? Let’s find out how much the Midoriya costume costs in My Hero Academia. Fans are sure, after the end of Deku’s adventure, My Hero Academia will continue with a new protagonist.