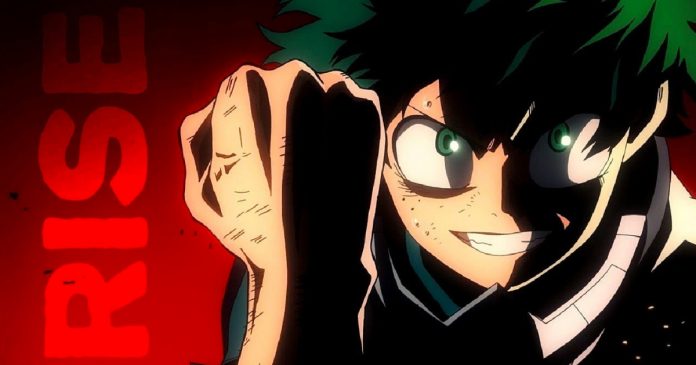 Many fans expected the War Arc of My Hero Academia was the event that prompted Midoriya Izuku to the top of the ranks of Pro Hero. Instead, the great war of the manga shonen ended on a murky note, and the series has now drifted away from the history of Blanket to put minor characters in the spotlight.

It’s still getting difficult to understand the opening narration of Boku no Hero Academia (name in Japanese), where Izuku claims to be telling the story of how he became the number one hero. Warning! The Truth News will enter spoiler territory and more details of the series created by Kohei Horikoshi.

My Hero Academia: Arc of War

My Hero Academia’s War Arc came at a huge cost. The best professional heroes have seen their ranks shattered, and all the villains who were apprehended both during and before the war have been freed in the All For One massive breakout.

Meanwhile, society is turning against Pro Heroes thanks to the Dabi psychological warfare against his father Endeavor. Professional heroes are quitting jobs and leaving Japan, and the villains of the jailbreak have never felt more entitled to wreak havoc.

My Hero Academia crosses his hito de 300 chapters and explores the massive change of status quo after the war, Izuku Midoriya has been completely sidelined. You can read some chapters (last 3) of the manga for free at MANGA More.

In addition, MHA has opted for the well-known trope of anime of putting its protagonist into a comatose state, as Izuku’s body tries to reconcile with the strange new bond and surge of power that it has formed with its One For All quirk.

The current arc appears to be about Shoto Todoroki, Endeavor, and the Todoroki family coming to terms with the evil Dabi / Toya Todoroki. In fact, My Hero Academia ends with Shoto’s mother, Rei, declaring that Shoto is the great heroic hope for the Todoroki family. Can they team up to take down Dabi?

So how long will Izuku Midoriya be absent? The manga seems to devote time and space to its villains and supporting characters like Shoto. It’s true that the My Hero Academia character set has seen several big fan favorites become icons in their own right.

However, that doesn’t change the fact that the setting for the series is Izuku Midoriya telling us the story of his journey from powerless boy to number one hero. So witnessing events that occur when Izuku faints is quite strange. Will My Hero Academia be able to keep up after a tough goodbye arc?