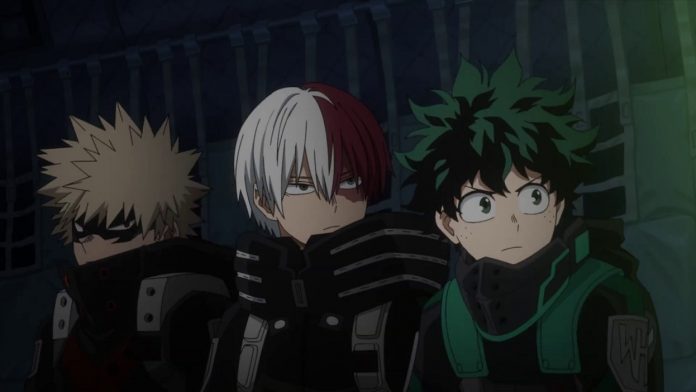 The fifth season of My Hero Academia has begun to air and after the debut of its first episode the first promotional video for its third film was published, which has been presented under the title “My Hero Academia: World Heroes Mission”And according to the information revealed, its premiere has been scheduled for August 6 in Japanese theaters.

The film will have an original story, however, like the previous ones, Kouhei Horikoshi, author of the manga, will be supervising the project, as well as designing the original characters.

The plot presented reveals that the authorities will be looking for Deku for mass murder. Also, the movie will feature an incident involving everyone. The teaser narration mentions that “the time limit until the crisis of world destruction is two hours.”

It is not a surprise that Kenji Nagasaki, who has directed the anime and the previous two films is called upon to do the same in this project at the studio BONES, it will also be counting on Yousuke Kuroda, Yoshihiko Umakoshi and Yuki Hayashi, for the script, character design and musical composition, respectively.