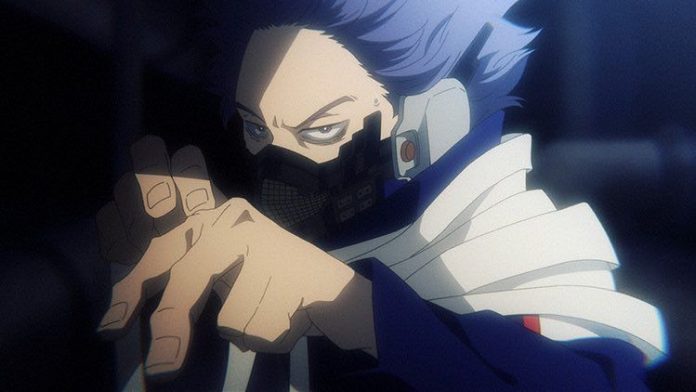 My Hero Academia is back, in all senses. In the review of My Hero Academia 4 we had underlined how the technical component of the BONES anime had dropped in terms of quality compared to the first three seasons. With the fifth season, currently in progress and now in its fourth episode (My Hero Academia 5×04 is available on Crunchyroll.it), the animation staff has instead put the record straight: the level of the drawings and animations is back that of a time. Episode 4 demonstrates this, with a series of truly spectacular fights.

The new phase of exercises for classes A and B of the first year has begun: a new test that involves clashes between teams. The 5×03 episode had emphasized how the students in section B were better prepared and better trained than the protagonists, who, due to the numerous crises faced during the first part of the year, neglected the studies and improvement of their Quirks. The first fight sees Tsuyu, Kaminari, Kirishima e Code (with the addition of Shinso) against Shiozaki, Shishida, Tsuburaba e Rin. The team play of the boys of 1-A, combined with Shinso’s new abilities, ends up putting the opponents of the rival class in serious difficulty despite their evident strength: Shiozaki, who can turn his hair into vines, is for example the natural enemy of Kaminari; Shishida, who becomes a ferocious beast, is a truly insidious opponent for someone who is physically weak like Froppy; Tsuburaba and his air prison, on the other hand, risks compromising Shinso’s Quirk and gadgets, while Rin proves to be a great support fighting from a distance thanks to the scales he can secrete and shoot from his arms.

But in any case, ours do not give up and the keystone to bring home the victory is the revelation of this test: Shinso. The boy has in fact trained under the wing of Professor Aizawa: in addition to having mastered the control of the bandages, just like Eraserhead, Shinso has obtained a mask from the support section that includes plates capable of modifying his voice. Under the right conditions, therefore, his brainwashing Quirk becomes an even more insidious weapon than before, because the young man is able to replicate the voices of his opponents while keeping the power of mind control active.

Beyond the content of the episode, which proves to be excellent entertainment because it focuses almost exclusively on the action, this week My Hero Academia 5 surpasses itself for its technical sector. First of all, the quality of the drawings should be highlighted, which in these first episodes has remained constant thanks to a truly detailed line that is far superior to that of last season. But it is above all the direction and the animations that amaze in this episode, between surprising camera movements and a fluidity in the movements of some characters that pleasantly surprised us. In particular, it is the first half of the episode that packs the most spectacular moments, but also the conclusion of the battle – except for a slight excess of computer graphics in a couple of central frames – packs a meticulous attention to the animations that we did not expect. . We are only at the beginning of Season 5, and if this is the technical level of production we can only expect a Season of pure entertainment.