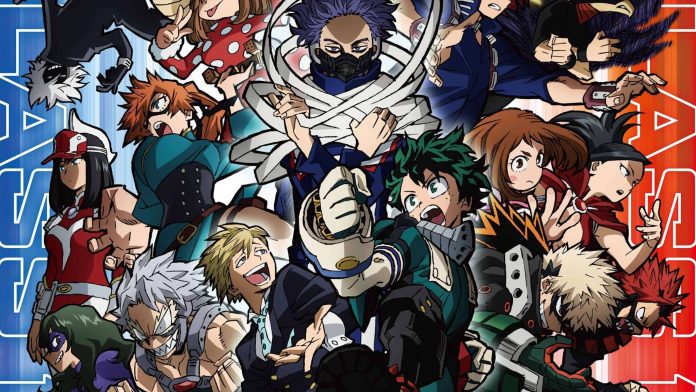 What are the Vestiges?

Before reuniting with his classmates to continue his schooling, Deku needs a new confrontation with his mentor Allmight. In the second episode we saw his strange dream, in which lived the memories of previous One for All wearers and even explored the origins of All for One. With so many doubts in his mind, Izuku turns to the former Number One Hero, who unfortunately is unable to provide him with all the answers he seeks. Still, Toshinori clearly remembers that his teacher Nana Shimura, in the past, told him about the ability of the One for All to spiritually gather all those who have possessed it, although Allmight himself has never managed to investigate the matter with his teacher. One thing, however, is certain: Midoriya seems to be the only one, so far, to have managed to navigate the memories of One for All in such a vivid way.

Class A vs Class B!

Shortly after the lessons resume and My Hero Academia 5 reminds us that the months since the beginning of the school year are passing inexorably: we are now in the middle of winter and the students needed some changes to their customs to cope with the harsher weather. Among the uniforms susceptible to major changes there is certainly that of Bakugo, but also Deku underlines how the recent bests made to his arsenal have significantly changed his outfit compared to the first days as a hero apprentice.
And here come the next opponents of the 1-A class: the grumpy rivals of 1-B! Professor Aizawa in fact announces to his boys that they will have to take a new and particular exercise: the two classes of the Heroes section will have to clash in battles between teams of 5 elements not only to test teamwork, but also to demonstrate the improvements of their own Quirk.

Indeed, as Allmight notes, the growth path of the two classes has been very different up to now: Deku and his friends, from the first days of class, found themselves involved in numerous dangers and had to face several crises that allowed them to acquire a lot of experience in the field.

On the other hand, 1-B students were able to follow the school program and studies more consistently and had more time to refine their Uniqueness thanks to training. There is also, between the two groups, a third disturbing element: Shinso, the listless and cryptic student of class C who after the Sports Festival decided to move to the Heroes section. It seems that Shinso, under the leadership of Aizawa, has managed to perfect his power to adapt it to battles. The young man will compete by moving from one team to another during the various fights: a way to test both Shinso himself, and his brainwashing Quirk, and the other boys, who will be forced to collaborate with a warrior they know. little. The episode’s finale already gives us a first fight that ends with a cliffhanger: Shinso will be the protagonist of the next developments, as it reveals its new and extraordinary abilities to everyone: a mask containing a device capable of modulating its voice, so as to add another, devastating pitfall to its already problematic superpower.

Nanatsu no Taizai introduces 3 new characters in its sequel film 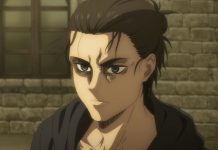 Shingeki no Kyojin: Season 4 Returns to Two Titans Before the End

Nanatsu no Taizai introduces 3 new characters in its sequel film

Shingeki no Kyojin: Season 4 Returns to Two Titans Before the...

ONE PIECE 1009: A frightening combo to conquer the sovereignty of...

One Piece receives impressive cosplay of Carrot transformed into Sulong

The Attack of the Giants: the devil of the island of...

What is the Treatment For a Pituitary Tumor?

An all-Italian Bulma in this Lulu Dragon Ball themed cosplay