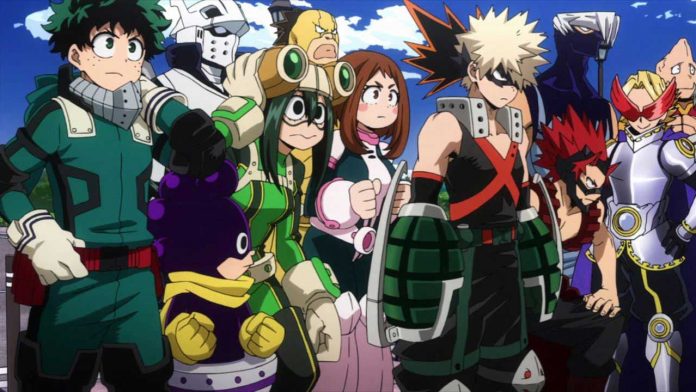 The story of My Hero Academia 5 has started to get going and the fighting between the two sides of the Yuei High School will soon intensify. Let’s find out together what could happen in future episodes.

Following a first summary episode, in which we observed the pupils of the class 1-A intent on facing a training together with the strongest companions known as the Big Three, we returned to witness the consequences of the events that occurred in past seasons, also in My Hero Academia 5×02 Midoriya found himself face to face with the vestiges of One For All Starting from this last event, the new episode then brings us back to Liceo Yuei where we learn of a new training to which the protagonists will be subjected.

It provides one team battle with the comrades from section B and the special addition of Hitoshi Shinso from class C. The first clash has already begun and among the protagonists participating alongside the newcomer are Tsuyu, Kaminari, Kirishima and Koda. After an unexpected attack by the opponents and one surprising response from Shinso fights full of twists are expected.

READ:  Boruto: the anime turns 4, the best scenes of the year in a video

The description of the fourth episode of My Hero Academia reads: “Class A and Class B are forming teams. What kinds of quirks and team games will they show us? Who will win in the first battle?“, thus confirming the possibility of witnessing incredible clashes full of strategies and particular uses of the abilities that the boys are gifted with.

And what do you expect from the next episodes? Let us know with the usual comment below.

Finally, for those interested, here is a winking sketch by Mirko from My Hero Academia.