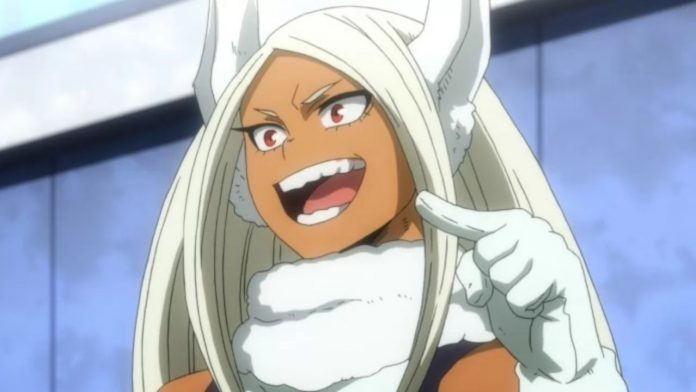 Great protagonist of the second episode of the new animated season of My Hero Academia is Mirko, the rabbit heroine who is part of the Top Ten of the best professional Heroes. To pay homage to his debut on the battlefield, one of the assistants of Kohei Horikoshi, author of the manga, made this wonderful sketch.

Intervening to put an end to the clash between the couple formed by Endeavor and Hawks, exhausted by the battle with the High-End Nomu, and the villain Dabi, Mirko has finally shown his great potential, highlighting the reason why he is part of the best heroes of society. Although her speech only lasted a handful of minutes, the rabbit heroine will certainly be key to the rest of the series.

Waiting to see her in action again, one of Horikoshi’s assistants, Yoshinori, shared on Twitter a fantastic sketch made by him. The illustration shows Mirko’s cheekier side, who, with a carrot in his hand, slyly winks at his admirers.

READ:  'Paraíso': intense trailer and release date of the series with which Movistar + seeks its 'Stranger Things'

As pointed out by some fans, this sketch appears to be a tribute to cantante Megan Thee Stallion, of which Yoshinori has never hidden that he is a big fan. On the other hand, even the rapper has stated numerous times that she is a great lover of My Hero Academia and, in particular, of Mirko, who resembles her in an impressive way.

What do you think of Mirko’s debut and Yoshinori’s illustration? Here is Mirko and Megan Thee Stallion paired in an official artwork of My Hero Academia. Not only the rapper, John Cena is also a big fan of My Hero Academia, the new animated series was in fact advertised by him on his Instagram profile.