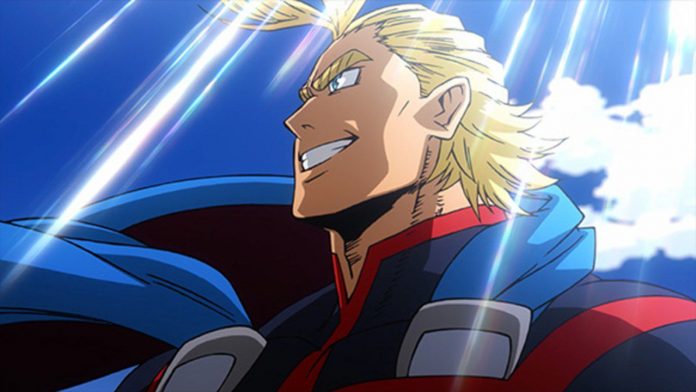 The fifth season of the animated of My Hero Academia took the opportunity to dive into All Might’s past with a moving and emotional scene. At the beginning of the series we saw Izuku Midoriya inherit the One For All from the smiling Symbol of Peace, but he, instead, how and from whom did he receive it?

The mighty Quirk still reserves many mysteries, both for us spectators and Midoriya himself. Finding himself arguing with the previous holders of One For All, in particular Nana Shimura and the first owner, respectively Shigaraki’s grandmother and brother of All For One, Izuku does not feed his hunger for knowledge and turns to his master to investigate the matter. .

During the conversation with the young Midoriya, All Might, now simply Toshoniri Yagi, relives a memory of his first days as a professional. Just like Deku, even All Might, after having inherited the One For All from Nana Shimura, asked himself numerous questions about the true meaning of this power and what it meant to be a leader for the society of heroes.

Over the course of his career, All Might managed to stem the issue with a bright smile, but, although he managed to temporarily stop the All For One threat, now locked up in the Tartarus prison, apparently it wasn’t enough to uproot the villains.

Currently, All Might has lost the entirety of his Quirk and to fight crime he just has to keep going teach his students the values ​​he taught along the way. Would you like to see a spin-off series completely focused on the past of All Might?